RS virus knocked in America amid Corona, rapidly increasing cases in children, know what are its symptoms 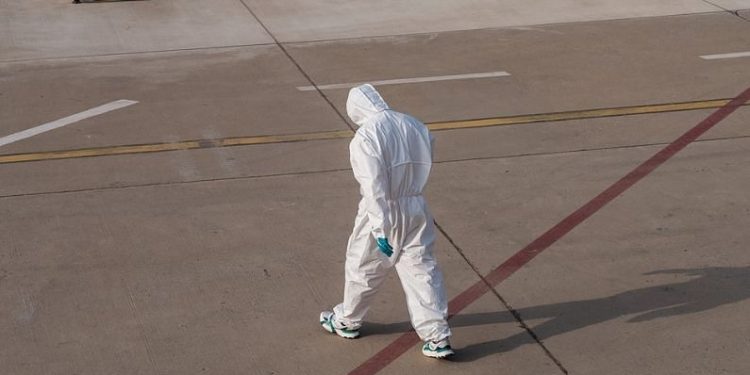 RSV US Cases: Cases of RV virus are also being seen amidst increasing cases of corona virus in America. It takes most of the children in its grip. About which the doctors have expressed concern.

Respiratory Syncytial Virus and Covid: In America, there is an increase in the cases of infection due to the delta variant of the corona virus. Meanwhile, the risk of another virus is increasing here. It is a respiratory virus, also known as respiratory syncytial virus or RSV. It is highly contagious. It shows flu-like symptoms. According to media reports, it mostly engulfs children.

According to the New York Times report, data from the US Centers for Disease Control and Prevention (NCDC) has shown that RSV cases have been increasing rapidly since June. Whereas more increase has been seen in the cases in the last month (Respiratory Syncytial Virus Symptoms). It causes runny nose, cough, sneezing and fever. “After several months of zero or no COVID cases in children, we’re seeing infants, toddlers and adolescents coming back to the hospital with COVID,” says Heather Hawks, a pediatrician in Texas. Their age is between two weeks and 17 years.

In his next tweet, he said, ‘We are facing increasing cases of corona. We are now also having critically ill infants/children with RSV and I am concerned that we will be short of beds and staff to handle the rising number of cases.’ In the US, cases of infection have increased by 148 percent in the last two weeks. Whereas the rate of admission of patients in hospitals has increased by 73 percent (Respiratory Syncytial Virus Infection). Health officials say that schools are going to open across the country and the risk of children getting infected is also increasing.

The Texas Department of Health says cases of RSV began to rise in early June and peaked in mid-July. Its cases are also increasing in Florida (RSV Cases in US). Cases in Louisiana have increased by 244 percent in the last two weeks. A doctor in Oklahoma told that cases are increasing here too. Apart from the US, countries like Canada, Australia and New Zealand have also seen a jump in cases of RSV infection.

Also read- Sitting up brings big changes in behavior, lying on the side reduces contact with the outside world, a unique experiment in Canada