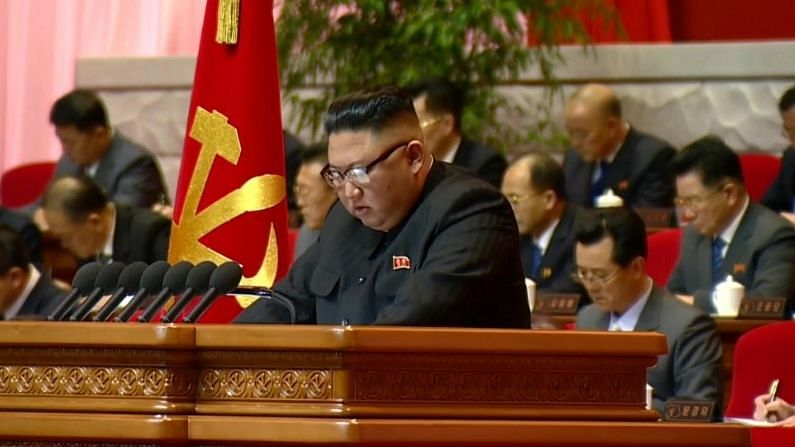 North Korea latest News: North Korea’s ruler Kim Jong Un said in June that the food situation in his country is becoming “worrisome”. The country has reached a state of starvation.

North Korea latest News: Now another disaster has struck North Korea, which is suffering from starvation. It is raining heavily in the north eastern region here. Due to this 1170 houses have been damaged. More than 5000 people have been shifted to a safe place as flood waters entered thousands of homes. International sanctions and the corona virus have already created trouble for North Korean ruler Kim Jong Un. (Heavy rain and flood in North Korea thousands evacuated many houses and crops damages)

North Korea’s state television reported on Thursday that there was heavy rain in South Hamgyong province this week. Due to this, hundreds of hectares of agricultural land was submerged and several bridges were damaged. Houses are seen submerged in water in TV footage. Also, mud and water can be seen till the overflowing rivers and bridges.

no news of any casualties

However, no casualty has been mentioned in the news. The broadcaster said that heavy rain would continue in the eastern coastal areas of North Korea for the next few days. North Korea has suffered severe damage to agriculture and other sectors due to summer rains and poor drainage, deforestation and dilapidated infrastructure in the country.

We revealed extensive flood damage in North Korea using satellite imagery on Weds, now KCTV admits it with video of the broken bridges, destroyed homes and fields in the same exact areas

Bad weather has hit North Korea amid growing concerns about a food crisis. However, out-of-country watchdog groups have reported no signs of widespread starvation or social unrest. North Korean ruler Kim Jong Un said in June that the food situation in his country was becoming “worrisome”. He acknowledged that his country was facing the “worst of all” crisis due to the COVID-19 pandemic, US-led sanctions and the massive typhoons and floods last year. Recently, the ration of the army was distributed among the common people. (Language)

Bullet train will also be installed in front of it! Travel of 277 km in just 17 minutes, speed of 1200 KMPH

Share
Facebook
Twitter
Pinterest
WhatsApp
Previous articleNow Fortuner and Corolla cars can be bought by giving corn and soybeans, not with money, this company started
Next articleWindlas Biotech’s IPO subscribed 13 times, know what’s going on in the gray market