Richard Branson, Jeff Bezos and Elon Musk are in the ‘race of space’, know who can win? 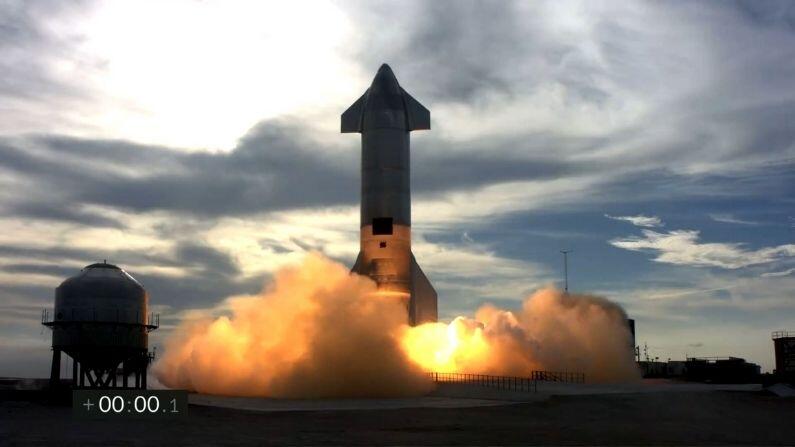 Investors are very excited about the space travel and transportation market. According to an estimate, in the next 10 years, that is, by 2031, the value of this market will be more than 2.5 billion dollars.

Who will win the race for space? (symbolic photo)

Today we will talk about two unprecedented events that happened in the month of July, in which the distance of Nabha and Dhara was fixed twice and new standards were set in space travel. On July 20, Amazon CEO Jeff Bezos flew high into space in his rocket, proving that the space travels mentioned in stories are now possible, but only for those with a lot of money.

Before Bezos, on July 11, Richard Branson, a wealthy British entrepreneur and founder of Virgin Group, made a successful return to the lower orbit end of space in a reusable spacecraft, like Bezos, and Proved that space travel is now becoming completely safe.

After Earth, the next target of the rich is ‘Space’

By the way, his fame also includes the fact that Elon Musk is the founder of the SpaceX company, which makes extremely powerful rockets to reach astronauts and accessories in space. Musk has big contracts with the US space agency, NASA. The ambition of these three great personalities is so great that what they had to achieve on earth has been done, now their next challenge is to cultivate space for their intentions, both for personal and commercial goals.

Bezos intended to travel before the other two in space using the new rocket New Shepard from his space travel company, Blue Origin. But Richard Branson quietly prepared his spaceship and surprised everyone in the world by making this journey nine days before. Branson’s company Virgin Galactic’s spaceship flew with two pilots and four passengers. Among the passengers was Indian-origin space scientist Shirisha Bandla along with Branson. This spaceship flew up to 86 km above the earth, made all the passengers experience weightlessness, showed beautiful, beautiful views of the earth and landed back on the earth. The entire journey took about 90 minutes.

Branson’s action was exasperated to Bezos. His Blue Origin company tweeted and ridiculed Branson’s spaceship, saying that it is a very high-flying airplane with small windows, to see the Earth outside. Whereas the New Shepard is a rocket spaceship with large windows to take in the view of the Earth. But Branson did not take offense to Bezos’s rebuke, but tweeted in pure English manners to wish New Shepard, on a successful and safe flight.

To be Americans at last, they have to do whatever they can to prove their worth everywhere. The New Shepard, carrying Bezos and three other passengers, flew 106 kilometers in the sky to the ends of lower orbit space. To prove Bezos’ superiority, this altitude was 16 kilometers more than the distance that Branson’s spaceship had covered. Bezos’s space travel was fully automated, that is, there was no pilot from the time the rocket took off to land, everything went according to the fixed plan itself.

Bezos and three people traveling with him in New Shepard landed on the ground with the help of six parachutes and then congratulations started pouring in. Unlike Branson and Bezos, Elon Musk has yet to announce plans to take the passengers to space. Musk’s focus includes using rocket technology to move and bring scientists and essential materials from Earth to space stations such as the International Space Station. Musk’s company has completed many missions while carrying out this responsibility for NASA.

By the way, investors are very excited about the space travel and transportation market. According to an estimate, in the next 10 years, that is, by 2031, the value of this market will be more than 2.5 billion dollars. Currently, Branson has received a license from the US Aviation Department to fly space travelers at his own expense. Not only this, 600 people have also booked tickets for space tourism.

Branson’s Virgin Galactic will get this trip done at a rate of $ 2.5 million per passenger and it intends to start this journey in 2022 i.e. next year. Jeff Bezos’s company, Blue Origin, has not yet announced the fare for taking passengers to space, but it is certain that it will not be much higher than Virgin Galactic’s rate. But even at this cost, only very wealthy people will be able to go into space and see the earth. The rest of the people will have to work only after watching science fiction.

Also read: China’s threat after Taiwan’s ‘protecting’ statement – Japan will continue to use atomic bombs until it ‘takes its knees’