‘Put in the car… then slapped… and finally slit the throat’, Taliban releases video before comedian’s murder 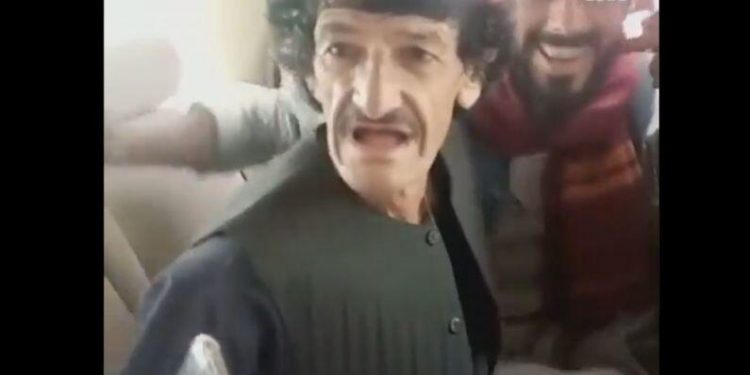 A few days ago, the Taliban had killed comedian Nazar Mohammad by slitting his throat. Now the video before the murder has been released.

With the capture of major parts of Afghanistan, the Taliban has started showing its brutality. A few days ago, Taliban killed a famous comedian Nazar Mohammad alias Khasa Jawan (Khasha Zwan) in Kandahar province. Now the extremist organization has released a video before the murder, in which it can be seen that the comedian is being slapped. In the war-torn country, Mohammad, who brought happiness on the faces of the people, was dragged out of his house by Taliban fighters and then put to death.

Taliban fighters are conducting house-to-house searches to find and kill people who work for the government in Kandahar province. Afghanistan’s Tolo News quoted a source as saying that Nazar Mohammad was killed after being thrown out of the house. He was assassinated on 23 July. His family members blamed the Taliban for the killing. However, the radical Islamist group refused to participate in the incident. According to news agency ANI, the comedian had earlier worked in Kandahar Police.

An Afghan comedian from Kandahar, who made people laugh, who speaks joy and happiness and who was harmless, was killed brutally by Taliban terrorists. He was taken from his home. pic.twitter.com/SHSeY3t9DK

It can be seen in the video that Taliban fighters make comedian Nazar Mohammad sit in the car. It can be seen that Taliban fighters are sitting in the car carrying weapons and slapping the comedian. Apart from this, he is also seen saying something to Nazar Mohammad in the local language. It has been told in media reports that the Taliban first caught the comedian from his house and then tied him to a tree. After this, he was killed by slitting his throat. The comedian, who worked as a local cop, was found lying on the ground with his throat slit.

Earlier, CNN had reported that the Taliban had killed an Afghan translator named Sohail Pardis by slitting his throat. This translator used to work with the US Army. CNN reported that Pardis was one of thousands of Afghan translators who now fear being killed by the Taliban. The terror of the Taliban has increased only after the withdrawal of foreign forces. The Afghan Interior Ministry said the Taliban killed more than 100 civilians in Spin Boldak last week. Afghanistan had said that these killings would be avenged.

Also read: ‘Pakistani conspiracy’ to spread violence in Afghanistan, 1000 terrorists are entering the country every day to spoil the atmosphere