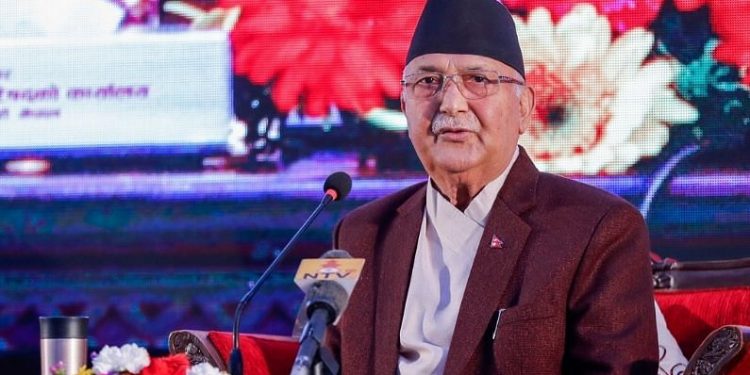 President Bhandari will administer the oath of office and secrecy to Oli at a ceremony at Sheetal Niwas on Friday. The opposition coalition of Nepali Congress and Communist Party of Nepal (Maoist Central) failed to secure a majority to form the next government.

Nepal Latest News: The political turmoil in the neighboring country Nepal is not taking its name to end. KP Sharma Oli has once again become the Prime Minister. Nepal’s parliament on Thursday night re-appointed KP Sharma Oli as the country’s prime minister after opposition parties failed to secure a majority to form the next government.

President Vidya Devi Bhandari re-appointed 69-year-old CPN-UML president Oli as prime minister three days after he lost a crucial trust vote in the House of Representatives. President Bhandari re-appointed Oli as prime minister, the leader of the single largest political party in the House of Representatives, in accordance with Article 78(3) of the Constitution of Nepal, the President’s Office said in a statement on Thursday evening.

President Bhandari will administer the oath of office and secrecy to Oli at a ceremony at Sheetal Niwas on Friday. The opposition coalition of the Nepali Congress and the Communist Party of Nepal (Maoist Central) failed to secure a majority to form the next government, paving the way for Oli to become the country’s prime minister once again. Oli had failed to prove a vote of confidence in the House of Representatives on Monday. After this, President Bhandari gave time till 9 pm on Thursday night to the opposition parties to form the government. Nepali Congress President Sher Bahadur Deuba got the support of CPN Maoist President Pushpakamal Dal ‘Prachanda’. But he failed to garner the support of the Janata Samajwadi Party (JSP).

Opposition could not gather majority

JSP president Upendra Yadav had assured support to Deuba, but another party president Mahant Thakur rejected the idea. Nepali Congress has 61 seats and Maoist (Central) 49 seats in the lower house. Thus they have 110 seats, but less than the majority figure. At present, 136 votes are needed to form the government. JSP has 32 seats in the house. Had the JSP given its support, Deuba would have got an opportunity to stake claim for the prime minister’s post.

The UML has 121 seats in the 275-member house. 28 MPs from the Madhav Nepal faction decided not to resign from their membership after an agreement was reached between caretaker Prime Minister KP Sharma Oli and Madhav on Thursday. Oli, while withdrawing the decision to take action against four UML leaders, including Madhav, assured them of their demands. Had the UML MPs resigned, the number of members in the House of Representatives would have come down to 243, from 271 at present. In such a situation, only 122 votes would have been needed to form the government. Earlier, there was chaos throughout the day among the political parties regarding the formation of the new government.

MP Bhim Bahadur Rawal, who belongs to the CPN-UML’s Madhav Kumar Nepal-Jhalanath Khanal faction, on Tuesday urged lawmakers close to the two leaders to resign from their Parliament membership to form a new government to end the standoff. Rawal tweeted on Wednesday that he should resign from the membership of Parliament to topple the Oli-led government. He wrote, ‘Solving extraordinary problems requires extraordinary steps. To prevent Prime Minister Oli from taking additional steps against national interests, his government must be toppled. For this we should resign from the membership of Parliament. It is appropriate to do so from the point of view of political ethics and legal principles. (Language)

A star 100 times bigger than the Sun, a wonderful picture of the explosion in the star taken for the first time, scientists are also surprised