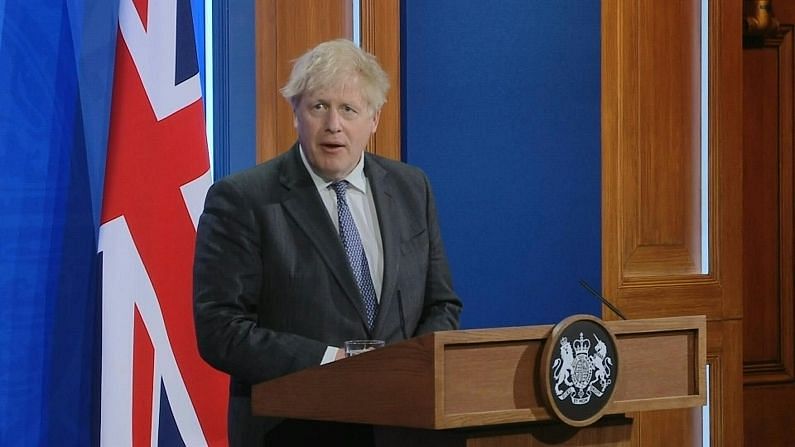 The government of Britain has banned travel to many places due to fear of new variants of Corona, while a large number of people are fully vaccinated. This is the reason why there is anger among the people about the government.

Britain’s Prime Minister Boris Johnson said on Monday that he would like to see the travel industry move forward through an easy user-friendly system to prevent new variants of the coronavirus. Avoiding foreign trips should be allowed. PM Johnson told reporters, we have to take the people, the travel industry forward once again. We want an approach that is as simple as we can make it.

Compared to many countries of the world, Britain has fully vaccinated a large part of its population. But the government has banned travel to many places due to fear of new variants of Corona. Because of this, the travel industry says that they are incurring huge losses due to this and the economy is also suffering. Johnson’s travel rules have angered some of Britain’s European allies. In addition, millions of British travelers have been disappointed and airports, airlines and tour companies have warned the government.

In a letter to Johnson, Finance Minister Rishi Sunak demanded immediate relaxation of travel restrictions. This letter was leaked to the media. The Times newspaper reported that Britain plans to warn visitors to popular tourist destinations such as Spain due to concerns about the COVID-19 pandemic. Such a move could trigger an exodus of around one million British tourists already abroad. This travel industry will suffer a lot and the summer tourism season will suffer.

Relaxation has been given to fully vaccinated passengers

A spokesman for Britain’s Transport Ministry declined to comment on The Times report. The day the spokesperson did so, the rules were relaxed regarding fully vaccinated passengers coming from the US and most of Europe. According to the rules updated again on Thursday, fully vaccinated passengers will not have to stay in quarantine upon their return to the UK. But passengers coming from the Red List will have to stay in the hotel for 10 days by paying 1,750 pounds.

Also read: If travel rules are broken in Saudi Arabia, the bank account may be empty! One crore rupees will be fined