People who went to participate in religious festivities, but returned corpses, packed train collapsed under the bridge, 248 passengers died. Train Costa Rica falls into the Río Virilla on this dad history killing 248 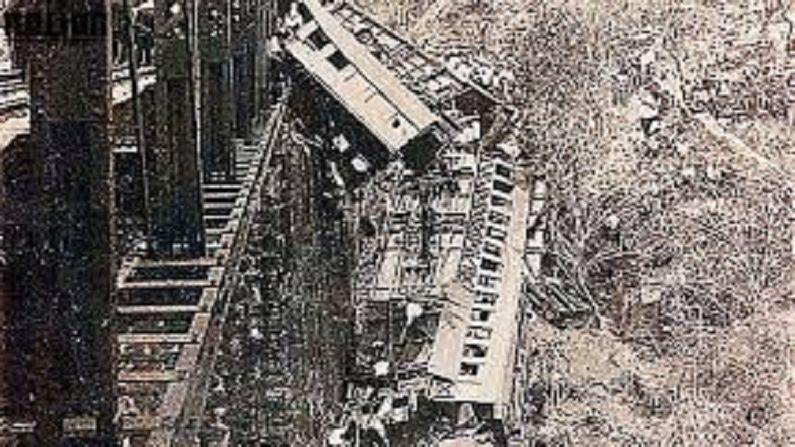 Train travel has contributed a lot to the development of human civilization. Train running on the track (Train) removes distances by transporting a large number of people and goods from one place to another. But many times it becomes a victim of accidents and many people have to get separated from their loved ones. One such incident occurred almost 100 years ago today in Central America Costa Rica, when the train packed with passengers fell down from the bridge. 248 people died in this accident.

The memories of this incident on 14 March 1926 are still alive in the minds of the people. On this day, a train full of passengers fell victim to an accident in Cartago. On reaching the Virilla river, the high-speed train staggered and fell into the river 70 meters below the bridge. Actually, the passengers in the train were going to Cartago from Alajuela, because a celebration was being organized by the church here. Cartago was also the home of La Negrita, the patron saint of Costa Rica, so a large number of people agreed to go here.

The train had six coaches and had a capacity of 300 passengers. But more than a thousand people boarded the train to participate in the program of the church. The train packed with passengers left from Alajuela for Cartago at 7.30 am. The train was so full that even passengers with tickets in hands could not find a place to sit at the coming stations. Engineers present in the train had come to know that the train is full. In such a situation, he started taking more precautions.

Before reaching the bridge, a train had to pass through a curve.

The train had now caught pace and it was moving fast towards its destination. The passengers sitting in the train with open windows were enjoying the view outside. Even though there was no place to move in the train, the enthusiasm of the people was not diminishing. Now the train was about to reach the bridge over Virilla River. There was a slight curve before reaching the bridge. In normal days, it was twisted while reducing the speed of the train. Then on reaching the bridge, we had to speed up and pass through the top of the hill. But along with the bogies in this train, the crowd of people was also high.

The engine of the train and three bogies easily reached the rolling bridge. But upon reaching the bridge of the fourth bogey, it bowed a little. Due to this, people sitting on the side of the windows without lattice fell down from the train. After this, the two rear bogies completely descended from the bridge and fell 70 meters down. In this incident, almost all the people in these bogies were killed. This incident happened in less than an hour of the departure of the train to the destination. Some eyewitnesses said that people were falling down from the bridge like a toy.

Information of the incident spread like fire to nearby towns. In such a hurry, the rescue team reached the spot. Police and army people started to drive people out of the river. Some corpses were removed into pieces, which were buried under the train and cut. No one to identify some people was found, because only his entire family was killed in this accident. The dead bodies were kept on bullock cart and sent to the hospital. There was no such family of Elajuela, who has not been killed in this tragedy. In all, 248 people died and 93 people were injured in this incident.

iPhone users got this unique update, now this feature will work even without internet

FASTag mandatory from 15 February; Where to buy, how to recharge, know all the details