Panic in Pakistan due to increasing power of Taliban in Afghanistan, National Security Advisor may go to US with ISI chief 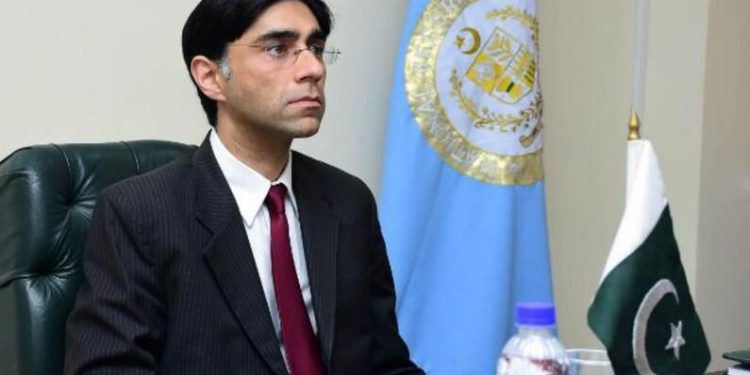 Pakistan Taliban News: More than half of Afghanistan has been captured by the Taliban. Due to which not only the refugee crisis will increase in Pakistan but it will also not be able to stop a terrorist organization like TTP.

Pakistan NSA Moeed Yusuf ISI Chief US Visit: Pakistan’s National Security Adviser Moeed Yusuf and ISI Chief Lt Gen Faiz Hameed are likely to visit the US next week. It is being said that these people can hold talks with their American counterparts on the situation in Afghanistan (Pakistan Taliban Relationship). It is part of a US diplomatic effort aimed at ensuring a peaceful transfer of power in the war-torn nation.

The ‘Dawn’ newspaper, quoting diplomatic sources from Washington, has reported that US Secretary of State Antony Blinken is visiting India and Afghanistan as part of this effort (Pakistan Afghan Taliban News). The purpose of his visit is to prepare a regional response to the Afghan crisis. According to the news, the visit of Yusuf and Director General of Inter-Services Intelligence (ISI) Lt Gen Hameed is part of these diplomatic efforts.

On what condition were the soldiers withdrawn?

Diplomatic sources told the newspaper on Friday, “Pakistan has an important role in the new US diplomatic policy aimed at ensuring a peaceful transfer of power in Afghanistan.” Under the deal with the Taliban, the US and its NATO allies have agreed to withdraw troops from Afghanistan on the condition that the Taliban will prevent extremist groups operating from the territories they hold.

More than 95 percent of the soldiers returned

The US Central Command, which is in charge of Afghanistan, recently said that more than 95 percent of American forces have withdrawn. President Joe Biden has said that the withdrawal of troops will be completed by the end of August (Pakistan Army Taliban Fight). State Department spokesman Ned Price said during a recent briefing in the US capital Washington that the Biden administration expects Afghanistan’s neighbors to play a constructive and responsible role in finding a fair and sustainable solution to the Afghan conflict.

Also read- This woman scientist will step on the moon! Loves crocodiles… Friendship with snakes, Elon Musk will send himself to the moon

Also read- How will peace be restored in Afghanistan and how will the war end? America told that this method is effective