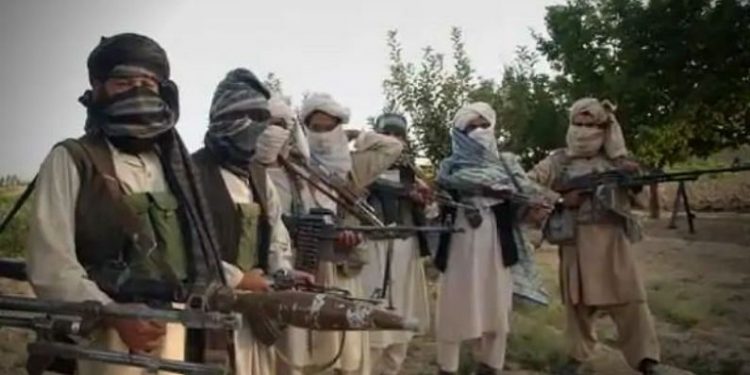 Afghanistan burning in the fire of war once again

Pakistan’s conspiracy to spread unrest in Afghanistan by supporting the Taliban is now being exposed on the international stage. Now a former Canadian minister has exposed Pakistan, accusing it of being involved in a ‘proxy war’. Former Canadian minister and diplomat Chris Alexander has accused Pakistan of engaging in “pseudo-war and war crimes” and “aggressive acts” against neighboring Afghanistan.

Alexander, who served as Canada’s Minister of Citizenship and Immigration from 2013 to 2015, said in a tweet on Sunday that “Taliban fighters are waiting to cross the border from Pakistan to Afghanistan.someone still denying that Pakistan is against Afghanistan.” is involved in ‘aggressive acts’ and is involved in proxy war and war crimes.

Expressing displeasure over Alexander’s tweet, the Pakistani Foreign Office took strong objection to the remarks of the senior Canadian politician. His statement was termed as a “misleading claim” based on ground reality and ignorance of facts. Afghan government officials have been accusing Pakistan of allegedly providing aid to the Taliban, but this is a rare case of a foreign figure pointing this out. India has also repeatedly asked Pakistan to stop supporting cross-border terrorism in the past and not to provide safe havens to terror groups.

95 percent of US troops leave

Alexander’s tweet comes amid the final phase of the US military’s withdrawal from Afghanistan after nearly 20 years. The US Defense Ministry, the Pentagon, said 95 percent of US troops had left Afghanistan and the Taliban had expanded their presence over a large part of the country. “We strongly condemn the unnecessary remarks made by former Canadian Minister Chris Alexander making baseless and misleading claims about Pakistan’s role in the Afghan peace process,” the Pakistani Foreign Office said in a statement. Such comments show complete lack of understanding about the issue, ignorance of the ground reality and facts. The Foreign Office said that the Government of Pakistan has taken up the matter with the Government of Canada. According to the statement, ‘The matter has been taken up with the Canadian side. We have asked the Canadian authorities to take action against this motivated and malicious campaign.

‘India’s population is one billion 300 crores’, Imran Khan is not only in ‘geography’ but also in ‘mathematics’, watch video