Pakistani man returned the lost purse of ‘Rahul’ in London, but why did people compare it to the film ‘Kabhi Khushi Kabhie Gham’? 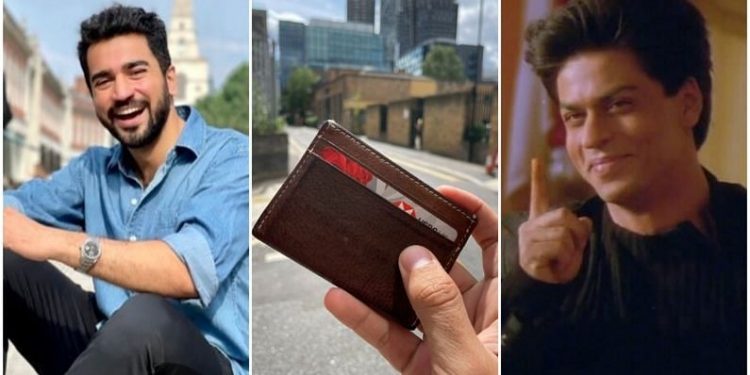 Pakistan India: A person living in Pakistan returned someone’s lost purse in this style, after which he was covered on social media. Meanwhile, people also remembered Bollywood’s Rahul many times.

Pakistani Guy Return Wallet to Indian Man: It happens often, when we find someone’s lost item on the way. But how to give that stuff, the answer to this question bothers us. In today’s era, we can also take the help of social media, but what if that stranger is not on social media? One such case has come to light from London, when a person named Rahul dropped his purse somewhere. In such a situation, Ghazi Taimur, a resident of Lahore, Pakistan, got that purse and he considered it his responsibility to return it to its owner. And this is where the story of Rahul returning his purse in Bollywood style begins.

Taimur shared a picture of the purse on his Twitter and told that he is looking for the owner of the purse. He wrote in the caption, ‘Guys! I found this purse on Shoredick High Street. The name written on the bank card shows that it belongs to some Rahul R******. It’s time to find Rahul (Man Goes Looking of Wallet Owner in London). Will update you all.’ It is from here that people started associating it with Rahul of Kabhi Khushi Kabhie Gham. Taimur wanted to return this purse but Rahul was neither on Facebook nor on Instagram.

What did Google Image Search reveal?

Ghazi Taimur said on his Twitter, ‘Google image search is telling that all Rahul R******* live in Gujarat, India. So don’t think it’s the same. Your suggestions are needed. Then he explains in another tweet, ‘Tried on LinkedIn now! 3 One of Rahul R****** works in London (London Company). I am not able to message him, his profile is locked. Sent him a follow request that he’ll probably never accept? Isn’t it Rahul? But Taimul did not give up here, instead he kept looking for Rahul.

Name on the bank card suggests the wallet belongs to a Rahul R******. Time to HUNT RAHUL DOWN.

Found out the name of Rahul’s company

He found out the address of Rahul’s office. He tweeted about this and said, ‘It was found on Linkedin that Rahul works in UK Food and Beverage Company. That will be it! I am going to call their head office now. Google Maps is locating his head office. The website of this company did not have an address and no customer care helpline number. After this, Ghazi Taimur shared the GIF of Rahul from Kuch Kuch Hota Hai and told that now he is going to the Company House website.

Taimur further explains, ‘I am going to her office running in the style of Anjali. It is better that they have not canceled their bank cards, otherwise it will all go in vain. Rahul I am coming. Then he stops for coffee. And then reach Rahul’s office. Taimur further says, ‘I am outside the head office. Rahul I have come. I reached towards the main door. Babuji let me come.’ Then they find Rahul and lay down his purse. Posting a picture of Rahul with a purse in his hands, he writes in his tweet, ‘We have found Rahul. Finance Manager. He was surprised. We got you Rahul.