‘Pakistani conspiracy’ to spread violence in Afghanistan, 1000 terrorists are entering the country every day to spoil the atmosphere 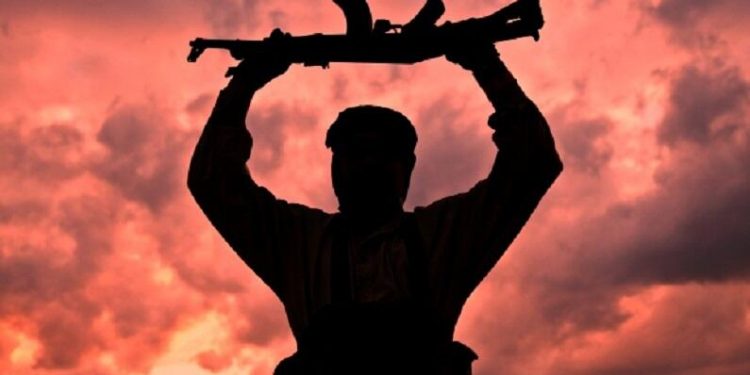 Former Afghanistan intelligence chief Rahmatullah Nabil said that at least 1,000 Pakistani terrorists are entering Afghanistan every day through the Spin Boldak border district. Spin Boldak was captured by the Taliban only last week. Significantly, since the withdrawal of foreign forces, the Taliban has started to strengthen its hold in Afghanistan rapidly. It has captured many major cities.

In a post on Facebook, Rahmatullah Nabil warned that the country’s security had been destroyed. This disaster would be inevitable if the government did not recapture the Spin Boldak crossing, a major entry point between Afghanistan and Pakistan. Afghanistan Times quoted his post as saying, “If this situation is ignored and the Taliban is not thrown out of Spin Boldak, then more Pakistani militias and terrorists in Taliban uniform will freely enter Afghanistan.”

Rahmatullah Nabil claimed that Pakistani terrorists and militias are preparing for war and direct infiltration on Afghan soil. Nabil said that terrorist training and recruitment centers in Pakistan have been reactivated. Simultaneously, money is being collected from those countries who are interested in spreading terrorism in the region to achieve their target. Last week the Taliban captured Spin Boldak and it was heavily looted. In video footage released by France 24, Taliban fighters were seen ransacking the city, looting homes and confiscating government officials’ vehicles.

According to the report of France 24, the Pakistani authorities closed the Chaman crossing on the Pakistan side, leaving a large number of lorries and hundreds of Afghan traders stuck in the Pakistani border. On Monday, Pakistan reopened the border crossing. Afghan officials accused Pakistan of providing air support to the Taliban. Also said that Pakistan also threatened to retaliate to Afghan forces trying to recapture the Spin Boldak border area.

Also read: 6000 terrorists of ‘Pakistan Taliban’ are active in Afghanistan, have joined ‘hands’ with Taliban fighters