Pakistani actress Mahira Khan and Ayesha Umar made a ‘special request’ to PM Imran Khan, people came out in support 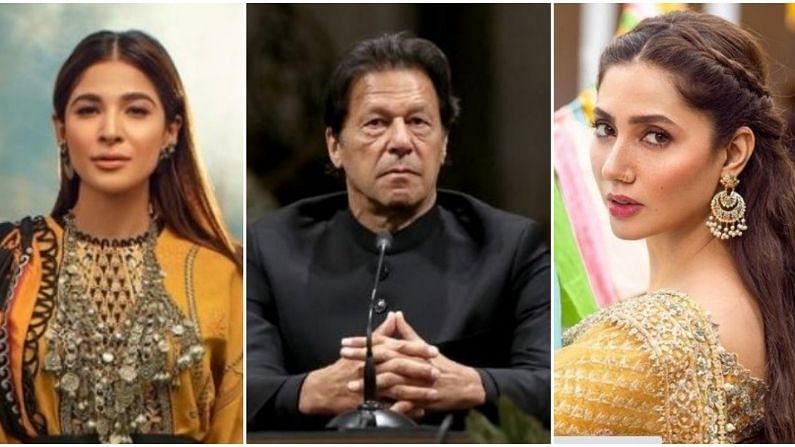 Pakistan News: Pakistani actress Mahira Khan and Ayesha Omar have made an appeal to Prime Minister Imran Khan. Which is being discussed a lot at the moment. Mahira Khan has also worked in Bollywood films.

Mahira Khan to PM Imran Khan: Pakistani actress Mahira Khan and Ayesha Omar have made a special appeal to the Prime Minister of the country, Imran Khan, on social media. He has asked the PM to get the Domestic Violence Bill passed as soon as possible. This bill was passed in the National Assembly. However, expressing concern over the bill, the Senate advised amendment of the law and sent it back to the lower house. After which the bill was sent for review by the Council of Islamic Ideology.

This decision was widely criticized in Pakistan. Violence against women is increasing rapidly in Pakistan. Recently on July 21, a woman named Noor Mukadam was brutally murdered. After which people have intensified the demand to pass the bill (Pakistan Actresses Appeal to Imran Khan). Mahira Khan also tweeted to draw the attention of the PM on the increasing violence against women. Mahira said that unless there are laws, women will always be victims of abuse.

What did Imran say in the Noor Muqadam case?

Mahira made her point by retweeting a post related to PM Imran Khan’s remarks on Noor Mukadam’s case. In which Imran had said, ‘People are saying that the alleged killer is from a rich and influential family, because of this he can escape punishment. So let me tell you that no one can escape punishment here (Imran Khan on Noor Mukadam Case). He cannot survive even if he has dual citizenship including US citizenship.

At the same time, another actress Ayesha Umar tagged Imran Khan on Mahira Khan’s post and said, ‘I am also in support of this. This should definitely be the priority right now (Mahira Khan Imran Khan Tweet). This bill must be passed and become law. Many women are facing daily domestic violence, which is dismissed as a ‘private domestic matter’. Women need to be protected. A large number of people have commented on the posts of both the actresses and asked PM Imran Khan to pass the bill at the earliest, so that women and children can get legal shield.

Also read- UK: A ‘letter’ may increase the difficulties of the British Finance Minister of Indian origin, PM Johnson is angry after the leak of which

Also read- After the volcano erupted in Indonesia, a plume of smoke and ash all around, lava flowing on the slopes, the sound of thunder heard far away

Now officially changed the name of Kia Motor India, know what is the reason for this

This is AC without electricity, every month will save your electricity bill of 4200 rupees

Kia Carens will be unveiled on December 16, know the features of this 7-seater family car