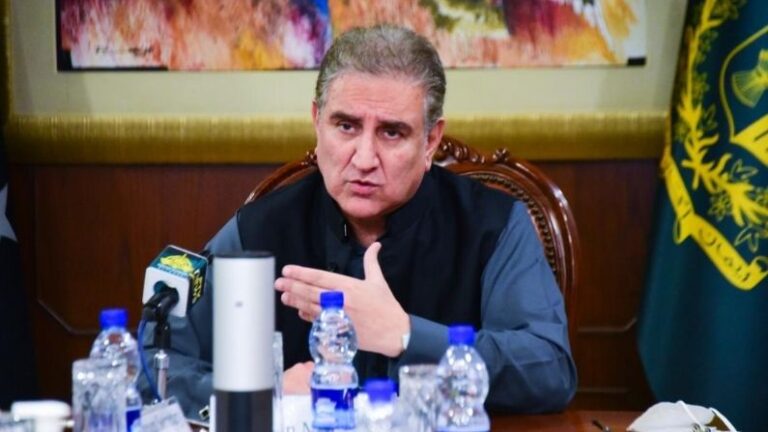 Shah Mahmood Qureshi on India: Pakistan’s Foreign Minister Shah Mahmood Qureshi, who angered America and Saudi Arabia due to his bigotry, is once again in the news due to his statements. Irritated with India increasing diplomatic activities as part of the peace process in the backdrop of preparations for the withdrawal of US troops from Afghanistan, Pakistan says at times it feels that India’s presence in the war-ravaged country is “a little more than needed”. is.’

In the interview aired on Saturday, Qureshi said, “Yes, you have sovereign relations and bilateral relations and you have every right to have sovereign and bilateral relations with India (Qureshi on India in Interview). You do business with India. They come here and do development work, we have no objection to all this. According to excerpts from the interview posted on the news channel’s Twitter handle, Qureshi said, “But sometimes we feel that his (India) presence is excessive why his…. The border doesn’t seem to be with you.

Asked whether India’s presence in Afghanistan bothers Pakistan, Qureshi said, “Yes, if they (India) will use your (Afghanistan) land against us, then I have a problem with it.” Asked how India is using Afghan land against Pakistan, Qureshi alleged, “Yes, they are doing it, by carrying out terrorist activities.” Qureshi absolved the Taliban of responsibility for the violence in Afghanistan, saying holding the extremist group responsible for the bloody game would amount to exaggeration.

Qureshi said, ‘Again, if you are trying to create an image that the violence is because of the Taliban. Again it would be like exaggeration (Shah Mahmood Qureshi on Taliban). Why am I saying this? Aren’t there other elements who are doing something like this?’ Asked about the forces responsible for the violence, Qureshi said, “Forces like Daesh (terrorist group, Islamic Organization (IS)) are within Afghanistan. They benefit from the economy of war, those who want to increase their power, Those who are not able to look beyond their own interests and are running only after power.

Also read- Ibrahim Raisi: Whose protest took place all over the world, America imposed a ban, now the same person can become the next President of Iran

Datsun wasn’t Redi, however made to Go

Datsun vehicles and Tata Nano have many similarities. Both have been focused on the plenty…

Inflation is running at the speed of cheetah in Pakistan, fire in the price of petrol-diesel, kerosene

Pakistan Inflation Crisis: Like India, the prices of petrol and diesel are also boiling in…