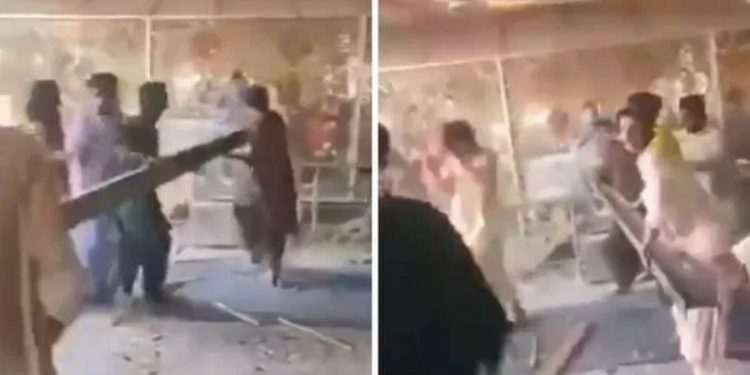 Pakistan Hindu Temple: Since the attack on the Hindu temple in Pakistan, the police have so far registered a case against more than 150 people under terrorism and the Pakistan Penal Code (PPC). While many resolutions have also been passed. 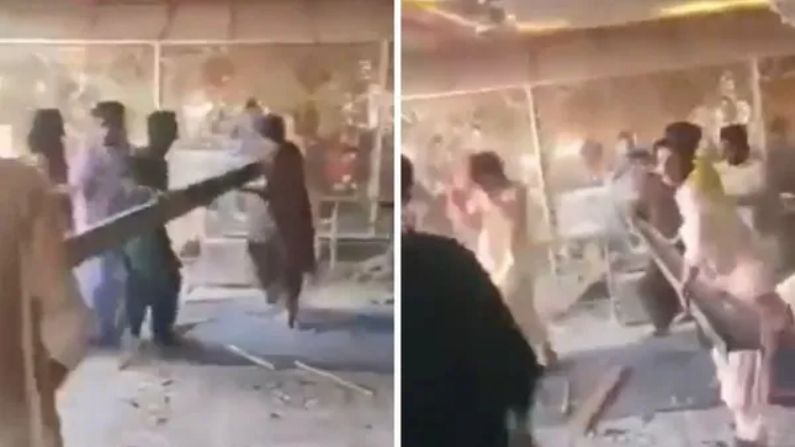 Hindu Temple Broken in Pakistan: The assembly of Khyber Pakhtunkhwa province of Pakistan has unanimously passed a resolution condemning the attack on a Hindu temple in the country’s Punjab province. Hundreds of people carrying sticks, stones and bricks attacked a temple, burnt parts of it and vandalized idols in Bhong area of ​​Punjab province’s Rahimyar Khan district on Wednesday.

They attacked the temple to protest the release by a court of an eight-year-old Hindu child arrested for allegedly urinating in a local madrassa (Khyber Pakhtunkhwa Assembly Passes Resolution). An FIR has been registered against over 150 people for attacking the temple under terrorism and other sections of the Pakistan Penal Code (PPC). Minority member Ravi Kumar moved a motion in Khyber Pakhtunkhwa’s provincial assembly to condemn the attack on the Hindu temple, which was unanimously accepted by the House on Friday.

Resolution passed for setting up of commission

The House also passed a resolution for setting up a commission for minority affairs in Khyber Pakhtunkhwa. This proposal was introduced by Human Rights and Parliamentary Affairs Minister Shaukat Yousafzai (Pakistan Hindu Temple Destroyed). Pakistan’s law enforcement agencies on Saturday arrested more than 50 people, including the main suspects allegedly involved in the attack. A day earlier, the Supreme Court reprimanded the authorities for failing to protect the temple.

The Supreme Court of Pakistan on Friday pulled up the authorities for failing to stop the attack and ordered the arrest of the accused. The court said that this incident has tarnished the image of the country abroad. Chief Justice of Pakistan Gulzar Ahmed said that the temple vandalism has put the country to shame as the police acted like mute spectators. The Chief Justice expressed surprise over the arrest of an eight-year-old child and asked whether the police were unable to understand the mental capacity of minors.

Parliament passed the resolution on Friday

The hearing of the case has been adjourned till August 13 (Indian on Pakistan’s Hindu Temple Attack). Pakistan’s Parliament on Friday passed a resolution condemning the attack on the temple. India on Thursday summoned the in-charge of the Pakistani High Commission in Delhi and lodged a strong protest over the incident. Hindus are the largest minority community in Pakistan. According to official estimates, there are 7.5 million Hindus living in Pakistan. However, according to the community, there are more than 90 lakh Hindus living in the country.

Also read- Afghanistan-Taliban: After the provincial capitals, the Taliban now captured the city of Sar-e-Pol, know the updates related to the war

Also read- Video: Who is this Afghan woman who gave a befitting reply to Taliban? Carrying out this ‘dangerous mission’ sitting on the front seat of the pickup