On the rapidly spreading Omicron in the world, WHO said – the new variant of Corona is rapidly overtaking Delta in terms of spread 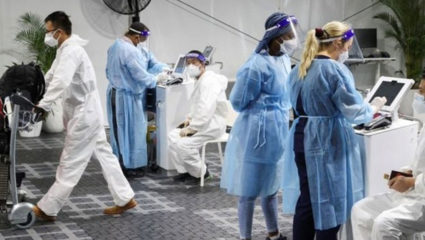 United Nations / GenevaThe Omicron form of the corona virus is rapidly overtaking its delta variant of Corona and cases of infection from this form are now coming to the fore all over the world. A senior official of the World Health Organization (WHO) has warned in this regard. A Global Health Agency official has warned that there is “increasing evidence” that Omicron can evade immunity but that the severity of the disease is less than other forms.

WHO infectious disease epidemiologist and “Covid-19 technical lead” Maria Van Kerkhove said on Tuesday that Omicron may take time to dominate the delta in some countries because it depends on the level of spread of the delta form in those countries. Will do Kerkhov said during the online Q&A session, “Omicron has been found in all the countries where the technology of genome sequencing is good and it is probably present in all the countries of the world. It is rapidly overtaking Delta in terms of spread. And so Omicron is becoming the dominant form whose cases are coming to the fore.”

He also cautioned that although there is some information on Omicron being less severe than the delta form, “it is not a mild disease” because “Omicron also has the potential for hospitalization. Things are coming.”

According to the COVID-19 weekly epidemic update data released by the WHO, 15 million new cases of COVID were reported worldwide in the week of January 3 to 9, which is 55 percent more than the week before that when about 95 lakh cases. had come. There were cases of death of about 43,000 patients last week. Till January 9, more than 30.40 crore cases of COVID-19 had been reported and more than 54 lakh people had died of the infection.

Now everyone will be able to share the link sticker on the story in Instagram, know what will be the benefit

In order to make the country self-sufficient, the Government of India expanded in support of artisans for making incense sticks.