HomeWorldLibya: Not dead, alive, son of dictator Gaddafi, who threatened to 'shed...
World

Libya: Not dead, alive, son of dictator Gaddafi, who threatened to ‘shed rivers of blood’, came to the world after years 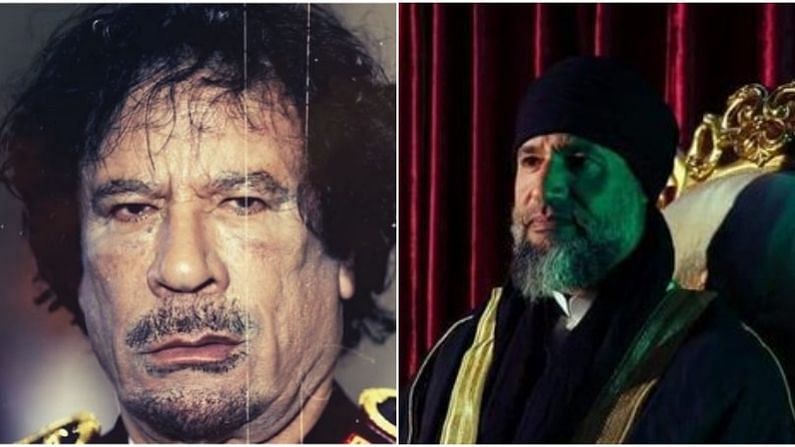 Saif al-Islam Gaddafi: Whenever the world’s cruel dictators are named, Muammar al-Gaddafi is definitely mentioned. Now Gaddafi’s son has once again appeared in front of the world after missing for six years.

Saif al-Islam Gaddafi Latest News: Saif al-Islam Gaddafi, son of the North African country’s Libyan dictator Muammar Gaddafi, has once again appeared in front of the world after missing for six years. With this, he has announced that he will return to politics and will gain control of Libya. In an interview to the New York Times, he said that he wanted to bring unity to the country after decades of struggle following the death of his father. However, Saif has refused to stand for the post of President.

Saif, 49, is still declared wanted by the International Criminal Court (ICC) for crimes against humanity and was sentenced to death by a Libyan court in 2015. He says that despite being sentenced to death, he has the support of the local people (Saif al-Islam Gaddafi Where is He Now). Saif Gaddafi lives in a two-storey house in Zitan, located in the west of the North African country. Before the death of Muammar Gaddafi in 2011, Saif al-Islam Gaddafi was considered the next ruler of the country.

Refusal to apologize for father’s crimes

In the interview, Saif said that after the death of his father, the politicians have only hurt Libya. He said, ‘I have been away from the people of Libya for the last 10 years. You have to come forward slowly (Saif al-Islam Gaddafi Alive) you have to play with their mind a bit.’ He also refused to apologize for the atrocities committed during his father’s reign. Also claiming that most Libyans now think that the government should take a tough stand against the rebels. He said, ‘What happened in Libya was not a revolution. You can call it planet war. It is not a revolution.

Gaddafi committed atrocities till the end of his life

Saif al-Islam is the second son of Muammar Gaddafi. Muammar Gaddafi ruled Libya from 1969 until his brutal death in 2011. Saif did his MBA from Vienna and PhD from London School of Economics (Muammar Gaddafi Dictatorship Libya) before attending Tripoli University. Seeing his education, people had such hope that he would bring reforms in the country. However, his image was tarnished when he supported the government’s action in anti-government protests in 2011 and warned of shedding “rivers of blood” if the revolution was not averted. The protests in Libya were also part of the Arab Spring. It is estimated that 25,000 civilians and soldiers have been killed in the Libyan civil war.

Also read- Israel: ‘Little life’ was growing in the stomach of a newborn girl, bones and heart were developed, doctors removed surgery

Also read- People of China are raising questions on Chinese vaccine, Nanjing city is in worse condition than Wuhan, millions of people are being investigated

Share
Facebook
Twitter
Pinterest
WhatsApp
Previous articlePeople of China are raising questions on Chinese vaccine, Nanjing city is in worse condition than Wuhan, millions of people are being investigated
Next articleLibya: The son of dictator Gaddafi, who threatened to shed ‘rivers of blood’, is alive, not dead, came to the world after years

This Amazing Massage Service for Women is Changing The Game