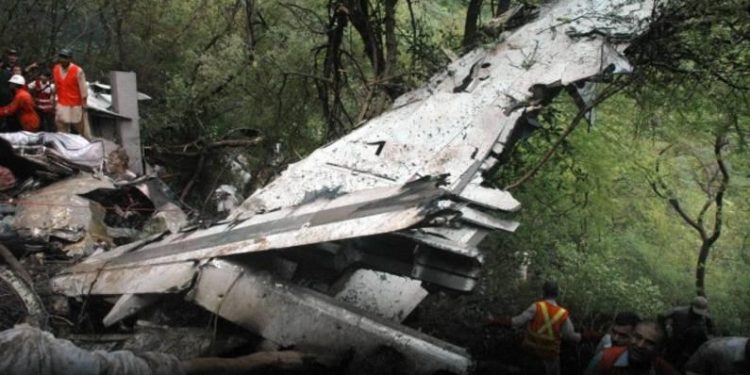 On This Day: 11 years ago on this day, this horrific happened in Islamabad, Pakistan. A total of 152 people, including 6 crew members, were killed in the plane crash.

On This Day: Due to heavy rains, a flood-like situation was created in the whole of Pakistan. Roads of many cities, including the capital Islamabad, had turned into rivers. During this, such a horrific plane accident happened, which the world can never forget. The most horrific plane crash in the history of Pakistan, in which no one could survive. Everyone was killed.

July 28, 2010 … that is, 11 years ago on this day, this accident happened in Islamabad, Pakistan. Incidentally, that day was also a Wednesday. A total of 152 people including 6 crew members died in the plane crash. The rescue operation was carried out in heavy rain, but the rescue workers could only take out the dead bodies.

Airblue Flight 202 took off at 7.41 am amid heavy rain and bad weather. Two hours later, at 9.41 am, the flight controller lost contact with the aircraft. In such a situation, following the set standards, the aircraft entered Islamabad and started moving towards the airport. The plane had to fly east and north to land at the airport. But the plane started moving towards the west. The plane crashed in the mountains about 15 km before the airport. At that time there were 146 passengers in addition to 6 crew members in the plane. No one could escape.

The investigation also revealed that the mutual altercation between the Captain and the First Officer also became a major reason for the accident. Flight captain Parvez Iqbal Choudhary, 61, had 25,497 hours of flying experience. Whereas 34-year-old First Officer Muntajib Ahmed had lived in the Pakistani Air Force and used to fly F-16 aircraft. But his experience was only for 1837 hours.

altercation with the captain

Investigation revealed that the captain tried to check the knowledge of Muntajib Ahmed as soon as he took off. Meanwhile, the captain also spoke very sharp words. After the long expansive speech of the Captain, the First Officer fell completely silent and remained calm throughout the journey. Because of this, even when the captain made mistakes, the first officer did not stop him. In the recording of the black box, only the last words of the first officer were heard, ‘Sir turn left…pull up sir…sir pull up.’

Citizens of many countries killed