Joe Biden lashed out heavily at China over Tibet, saying if it comes to power, Chinese authorities will ban 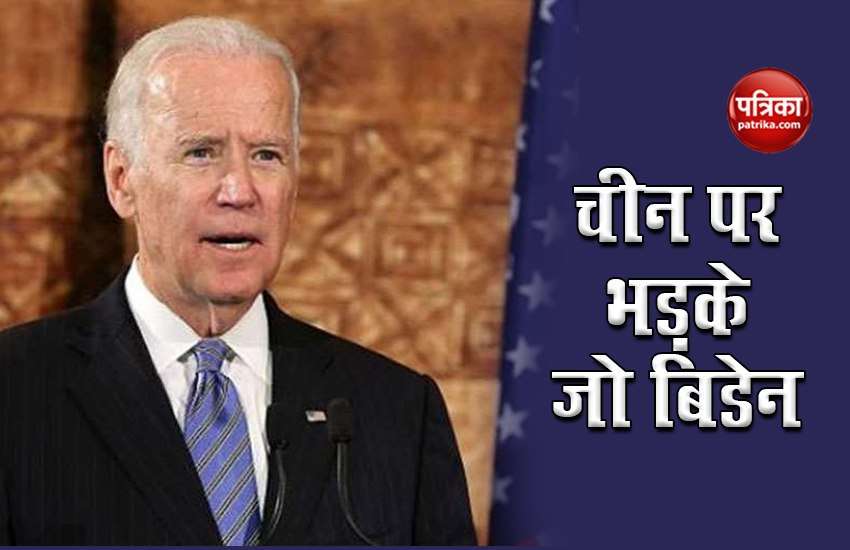 Washington The conflict between America and China is increasing. Another US President Donald Trump is taking a tough stance against China, while now Presidential candidate Joe Biden from Democratic Party has also opened a front against China.

Joe Biden has directly warned China on the Tibet matter. Biden criticized China’s plan for strict control over Tibet, saying that if they came to power, their government would impose strict restrictions on Chinese officials responsible for human rights violations in the remote Himalayan region.

Biden also said that our government will take steps to help Tibetans along with the ban on Chinese officials. He said that Radio Free Asia and Voice of America will include the Tibet language service in radio services, so that information about the whole world can reach the people of Tibet.

Joe Biden has promised in his statement that Tibetan religious leaders will meet the Dalai Lama when he becomes president. It will also appoint a new special coordinator for Tibet affairs. He said that after becoming President, he would pressurize China that the Chinese government restore access to Tibet of American citizens, including American diplomats and journalists.

Let us know that Chinese President Xi Jinping said last week that efforts must be made to fully implement the party’s policies to rule Tibet for a new era.

Biden said, accusing Donald Trump of turning his back on the case. But the Biden-Harris administration will stand in support of the people of Tibet if they form a government. He said that the Trump government’s policy on China is very weak.

Let us tell you that there are disputes in America and China on many matters. The dispute started between the two countries in the case of the coronavirus, triggered by the trade war. US President Donald Trump has several times alleged that China has deliberately hidden the information of coronavirus from the world.

Apart from this, Trump has also put China in the dock on the Hong Kong and Taiwan case. The United States has deployed two modern warships against China’s increasing aggression on the South China Sea. This has led to a lot of talk in both countries. Not only this, just recently ordered the closure of the Chinese Embassy in Texas, but China has also taken action to close the US Embassy in Chengdu.

Now it will be interesting to see if there is a decrease in Sino-US relations or if there is a change in power in America. Or what changes in the relationship between the two countries with Trump’s return to power.

Amazing is this service of Jio, without worrying about going anywhere, recharge with WhatsApp from home

Gold Investment Strategy: Make such a strategy for investing in gold, it is necessary to have so much exposure in the portfolio