Israel can attack Iran anytime! Defense Minister told why it is necessary to take military action, asked the world to break the silence 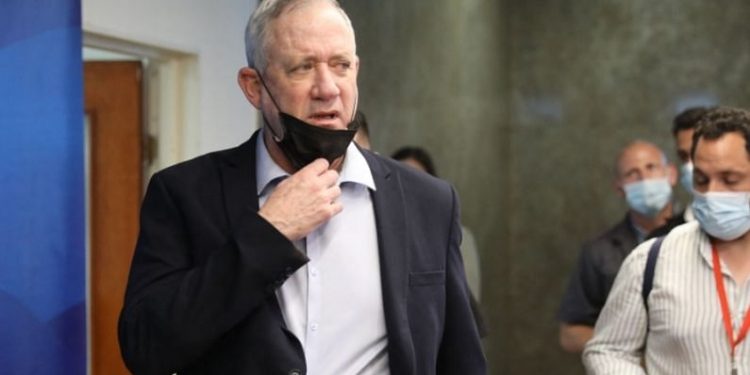 Iran Israel News: Tension has remained between Iran and Israel after the drone attack on an oil tanker. Israel blamed Iran for this attack. At the same time, America and NATO countries have condemned Iran.

Iran Israel Conflict: Israel’s Defense Minister Benny Gantz has said that his country is ready to attack Iran amid rapidly escalating tensions with Iran. He said that in view of the increasing threat to this country (Iran), the rest of the world should also react (Defence Minister Benjamin Gantz). Gantz’s statement comes at a time when a deadly drone attack has recently been carried out on an Israeli oil tanker in the Arabian Sea off the coast of Oman. In which two citizens of Britain and Romania died. Both of them were part of the crew.

The ship named Mercer Street was attacked last week (Iran Israel War 2021). For which, along with Israel, America and Britain also held Iran responsible. Apart from this, the NATO military alliance and the European Union also condemned Iran’s alleged attack and urged Tehran to respect its international obligations. At the same time, the EU also expressed condolences to the victims of the attack. However, Iran has refused to take responsibility for the attack.

On Thursday, the Israeli Defense Minister said in a conversation with the local news website, ‘Israel is ready to attack Iran, yes. We are standing at a juncture where it is necessary to take military action against Iran. Now the world needs to act against Iran. Earlier on Wednesday, Gantz said Iran had “violated all the guidelines of the Joint Comprehensive Plan of Action (JCPOA).” Which US President Joe Biden wants to reinstate.

After this a ship was also hijacked from this area (Ship Hijack Oman Arabian Sea). The British Navy group issued a statement and informed about this. Then the next day it was told that the hijackers had abandoned the ship. Even for this incident, everyone’s suspicion was on Iran. This has happened in the backdrop of rising tensions between Iran and Western countries due to the breach of Iran’s nuclear treaty with world powers.

Also read- NASA shared video of 13 billion year old galaxy data, different sound coming out of each light, why is it so special?