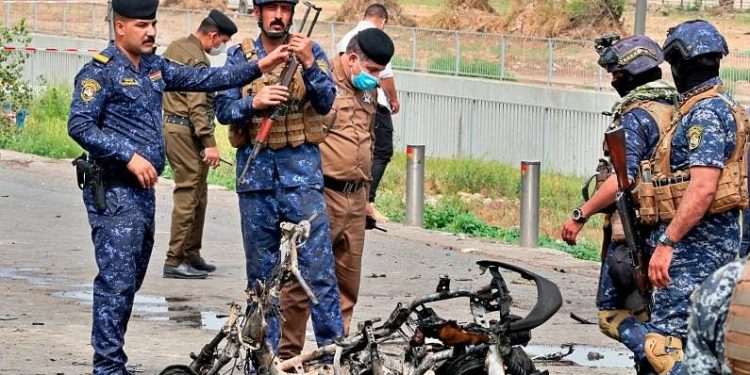 Attack in Northern Iraq: Iraq’s military said that the terrorists fired indiscriminately at the people attending the funeral in the northern part of the country.

An Iraqi security official said eight people were killed in the terror attack. Police and civilians are among the dead. The officer said that armed terrorists opened fire on the crowd. The official, who spoke on condition of anonymity, said the attack was carried out by the Islamic State group. The death toll could not be immediately confirmed. The army said it would provide the details after the investigation is completed.

In 2017, Iraqi security forces defeated Islamic State with the help of the US-led coalition. But northern Iraq has been a hotspot of IS activity only after its territorial defeat. Iraqi forces regularly conduct anti-IS operations in the rugged mountainous northern region and deserts of western Iraq. It is believed that the Islamic State is still active here and has taken control of the area.

IS attacks have decreased in recent years. But attacks still continue in these areas, where security forces are often targeted by ambushes and IEDs. IS has been successful in carrying out attacks in the capital Baghdad several times. At least 30 people were killed in a suicide bombing last week in the Baghdad suburb of Sadr City. IS took responsibility for this attack.

US army is not needed in Iraq: Iraq PM

Earlier, Iraq’s Prime Minister Mustafa Al-Kadhimi said that his country no longer needs US forces to fight the terrorist group Islamic State. But a formal deadline for his redeployment will depend on the outcome of talks with US officials this week. Al-Kadhimi said Iraq would still need US training and military intelligence services.

Also read: Baghdad: Rocket Attack Near US Embassy, ​​Attack After Declaring End Of US Operation In Middle East