Business Khabar DISCOVER THE ART OF PUBLISHING
Home World Indonesia is building ‘Jurassic Park’, people will pass among the dangerous Komodo dragon, but what is UNESCO afraid of? 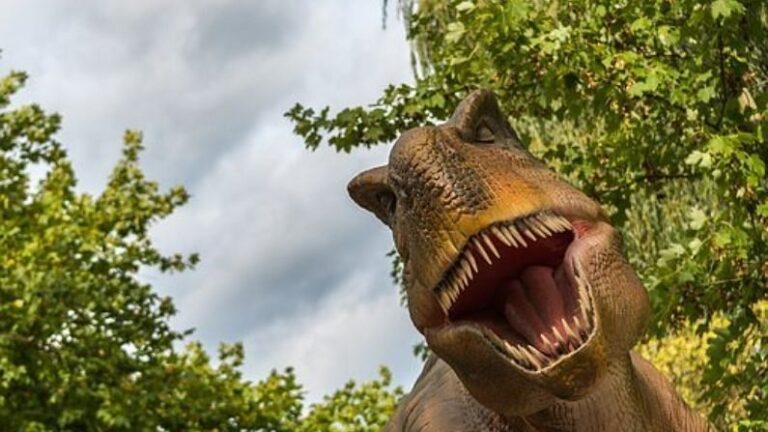 Jurassic Park Indonesia: The government of Indonesia is going to build a park that will be like Jurassic Park. But UNESCO is continuously raising concerns about this and has also asked the government to evaluate the project.

Jurassic Park Indonesia: Indonesia is going to spend 4.8 million US dollars (over Rs 35 crore) to build a Jurassic Park-like place. While the United Nations Educational, Scientific and Cultural Organization (UNESCO) has issued a warning regarding this. The agency says that it will have a negative impact on the environment. The park will be built on Rinka Island. The place has been named Komodo National Park, where people will pass among the dangerous dragons. The government is working on many schemes to promote tourism in this country. One of which is to build this park.

UNESCO has raised concerns about the threats to the local economy and the habitat of the Komodo dragon, named after the park. Earlier last month, UNESCO said at the World Heritage Committee conference that the project should be re-evaluated (Komodo Dragons Park in Indonesia). Under which special attention should be paid to illegal fishing and the potential risk to the natural habitat of the Komodo dragon. Talking to Reuters news agency, a senior official of Indonesia’s Environment Ministry said, ‘Work on the project will continue… it has been proved that it will have no effect.’

At last month’s meeting, UNESCO officials said they had asked the Indonesian government to do an updated assessment, but so far there has been no response from the government. To this the government official said that the new assessment is in draft and can be sent by September (Jurassic Park Indonesia Komodo). It is not fully known what Indonesia is involved in the projects, but last year the government here said it was going to make the island a major tourist destination.

More than 3 thousand komodo in Indonesia

As part of the project, the government will renovate the existing structures and it does not pose any threat to the rare Komodo dragon, the official said. Earlier on social media people had linked this project to Dinosaur Island, which has been seen in Jurassic Park movies (UNESCO on Indonesia Jurassic Park). According to government statistics, there are 3100 Komodo dragons living in Indonesia. It is a rare type of lizard, which grows up to 10 feet long and has a yellow spiny tongue. They weigh up to 90 kg and are known to hunt very large animals like buffalo.

Komodo dragons release poison in the victim’s body after biting. It then uses its neck to bite the victim until it is weak enough to reach the throat. Their number on Rinka Island is about 2000. Apart from this, it is also found on Komodo, Flores and Geely Montang Islands. Indonesian authorities last month released a promotional video for the project with Jurassic Park’s theme music. In which it was told that it will be started on Rinka Island.

Also read- Iran-Israel: After the attack on its oil tanker, Israel threatened to ‘attack’, so why did Iran provoke these 7 countries?

Also read- Goldmine Asteroid: NASA will reach the mysterious asteroid filled with expensive metals, the price is so much that every person can become a billionaire