‘India’s population is one billion 300 crores’, Imran Khan is not only in ‘geography’ but also in ‘mathematics’, watch video 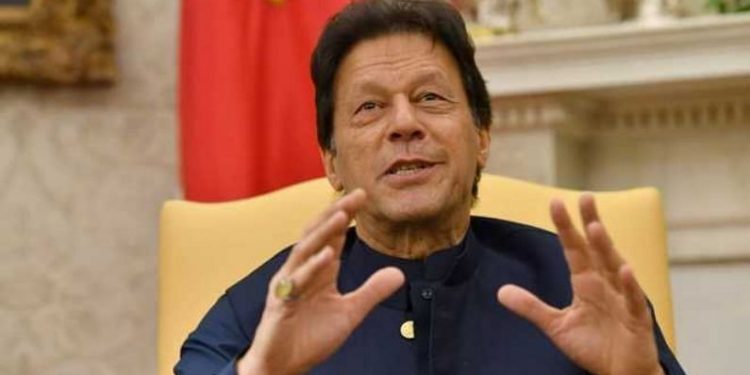 Pakistan Prime Minister Imran Khan has said that the population of India is one billion 300 crores. Its video is going viral on social media.

Pakistan’s Prime Minister Imran Khan always keeps making such ridiculous statements, about which he becomes a laughing stock. The world is aware of Imran Khan’s geography knowledge, but not only Geography, Imran’s hand is also tight in Mathematics. Actually, once again Imran has done something that has raised a question mark on his common sense.

While addressing the people this time, Imran Khan told the population of India as one billion 300 crores. Not only this, Imran’s tongue was faltering while stating the population of India. It is worth mentioning that before this Imran had given such an introduction to his geography knowledge that he had been greatly appreciated. During a program in Tehran, the capital of Iran, he had told Japan and Germany as neighboring countries. Not only this, he also denied that China is a neighbor of Pakistan.

What is Imran saying in the viral video?

In the video clip going viral on social media, it can be seen that Imran Khan is saying that there are two World Cups in cricket. One for test cricket and the other for one-day cricket. He then praised New Zealand for its victory in the ICC Test Cricket Championship held in June. During this, he claimed that New Zealand, with a population of 40 to 5 million, defeated India with a population of ‘one billion 300 million’ in the Test Cricket Championship.

During his visit to Iran in April 2019, Imran Khan described Japan and Germany as neighboring countries in front of a crowd of journalists in Tehran. Whereas the reality is that Japan is located on the Asian continent and Germany is in Europe. Geographically, Japan and Germany are located thousands of kilometers apart. Imran said that Japan and Germany reached an agreement after massacre in their respective countries. So the business of both is quite good now.

Earlier, Imran had introduced his geography knowledge in response to a question asked on Uighurs. In an interview last month, Imran was asked if China gives you money, that’s why you keep silent on the Uighur case. Hearing this, Imran started peeping. The Pakistani PM said, I am more concerned about those who are on the border of my country. Imran himself got trapped by saying this, because the border of China’s Xinjiang province with Pakistan. After this Imran started presenting clarification and said that he has described Kashmir as ‘part’ of his country.