India-Pakistan Relations: America’s statement once again on the deteriorating relations between India and Pakistan, advised to work together 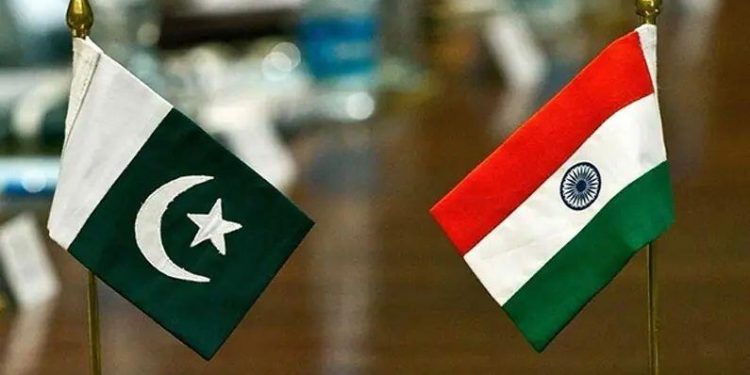 India Pakistan: This is not the first time that America has given such advice to improve the deteriorating relations between India and Pakistan. Rather, even before this, America has spoken of intervening. But India has always been against third party interference.

US on India Pakistan Bilateral Relations: The US has said that India and Pakistan need to work with each other to resolve their bilateral issues. The US said that it has always encouraged the two neighboring countries to move forward towards a stable relationship. Dean Thompson, Acting Assistant Secretary of State for South and Central Asian Affairs, said during a press conference here, “With regard to India-Pakistan, I would just like to state that we strongly believe that India and Pakistan should resolve their issues among themselves.” Will be.’

Responding to a question, Thompson said, “We are delighted that the ceasefire entered into force earlier this year.” He remains intact and we certainly encourage him to continue his efforts to find ways to always build a more stable relationship.’ Significantly, on August 5, 2019, India abrogated some provisions of Article 370 that gave special status to Jammu and Kashmir and divided it into two union territories.

After this the relations between India and Pakistan soured. Earlier this year the two neighboring countries signed a ceasefire agreement (India Pakistan Afghanistan). To a question about Afghanistan, the minister said that the US hopes that a stable and secure Afghanistan will have the common interests of all countries in the region. Foreign Minister Antoine Blinken is going to visit India next week. During this, Afghanistan will be a major topic of discussion.

“We will certainly look at talking to our Indian partners about how we can work together to achieve that goal,” Thompson said. At the same time, the repeated statements of Pakistan do more work to spoil the relationship than to improve it. Pakistan is not deterring from taking the name of India to cover up its slander at the global level (India Pakistan Relations). Recently, it had blamed India for remaining in its gray list in the Financial Action Task Force (FATF). Pakistan’s Foreign Ministry accused India of politicizing the FATF.

Also read- US airstrikes on Al-Shabaab bases in Somalia, attacks terrorist organization for the second time in a week