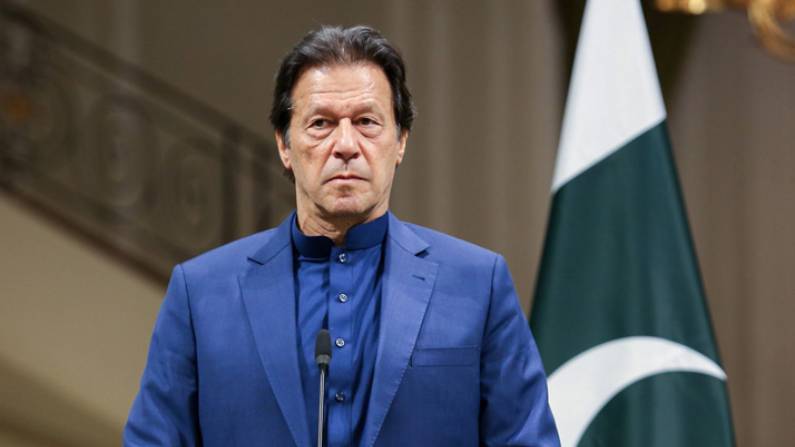 Imran Khan made a tweet on Wednesday, supporting the Palestinians in the war between Israel and Palestine. In it, he wrote, ‘I am PM of Pakistan and #WeStandWithGaza #WeStandWithPalestine’.

Imran Khan does not leave any chance to make his decision. Whenever he goes to deliver a message on social media, he is trolled inadvertently. Something similar happened on Wednesday when Imran Khan jumped on Twitter in the battle between Israel and Palestine. In this tweet, he gave proof of who he is with, using #WeStandWithPalestine in his tweet, but Imran Khan got trolled for taking a photo used with it.

In fact, the war between Israel and Palestine has now taken the form of airstrike and rocket attacks and dozens of people have lost their lives in it. Imran Khan had a tweet on Wednesday, supporting the Palestinians in this battle. In it, he wrote, ‘I am PM of Pakistan and #WeStandWithGaza #WeStandWithPalestine’. Along with this, he also tweeted a picture, which allegedly had a statement written by American scholar and historian Noam Chomsky.

Imran Khan is being trolled because this statement does not belong to Chomsky. Journalist Mahrin Zahra-Malik re-tweeted Imran’s tweet, writing, ‘This is clearly not Chomsky’s statement’. So once again Imran made a mistake and he trolled on social media. The statement in the picture by the name of Chomsky means, ‘You take away my water, burn our olive trees, ruin my house, take away my job, steal my land, my father Put me in jail, kill my mother, bomb my country, starve us, insult us, but I accept the blame: I hit back with a rocket. ‘

This is apparently not a Chomsky quote 🤦🏽‍♀️ https://t.co/tgk9fvjgIU

Pakistan considers Israel as an enemy

Pakistan has been against Israel from the beginning and considers it an enemy. He believes that Israel is responsible for the violence in the Middle East. It is permissible to travel to all other countries except Israel on the passport of Pakistan. Pakistan in particular does not recognize Israel as a country.

More than 300 injured so far

So far, many military chiefs of Hamas have been killed in the ongoing war between Israel and Hamas. The number of Palestinians killed in Gaza has increased to 43, including many children. More than 300 people are injured. Gaza City’s Military Chief Basam Isa is also among those who died. In the counter attack, Hamas also fired 137 rockets at Israel in less than five minutes. It is being described as the biggest attack ever. Israel has admitted that there is a lot of damage on their side.

Also Read: Good News: Now Children Will Also Be Vaccinated, US Approves Pfizer Vaccine For More Than 12 Years Of Age

Union Budget Mobile App: Complete information on Union Budget 2021 on this app, how to download

Nokia launches Bluetooth neckband and wireless earbuds, charging 10 minutes and listening to music for up to 9 hours