Imran Khan got the effect of ‘reprimand’ from SC, 20 people involved in temple attack arrested, 150 booked 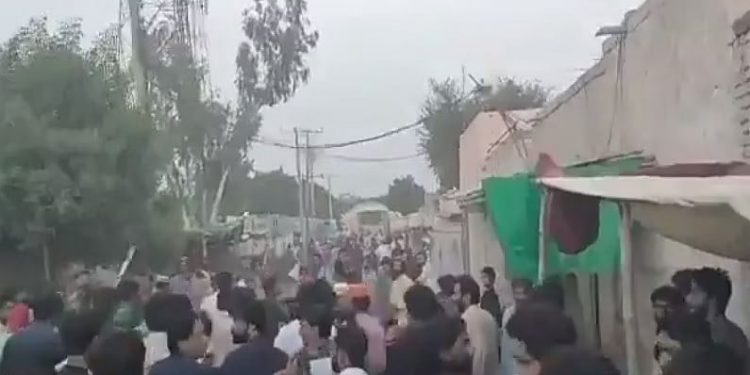 The Pakistan Police has arrested 20 people involved in the temple attack and an FIR has been registered against more than 150 people.

A Hindu temple was vandalized in Pakistan’s Punjab province.

There is tremendous pressure on Imran Khan’s government after the attack on a Hindu temple in the Punjab province of Pakistan. At the same time, now the effect of this pressure is also visible. The police of Punjab province on Saturday arrested 20 people for their involvement in the temple attack. At the same time, a case has been registered against more than 150 people. In fact, on Friday, the Pakistani Supreme Court reprimanded the authorities for failing to stop the attack and ordered the arrest of the culprits. This is the reason that now the Pakistani police has come into action.

In fact, an eight-year-old Hindu boy living in Bhong area of ​​Rahim Yar Khan district was released by the court. The boy was accused of urinating in a local madrasa. After this the boy was arrested. But after the boy’s release, a crowd of hundreds of people reached the temple with sticks, stones and bricks and attacked it. During this, some parts of the temple were also burnt and idols were damaged. Pakistani Prime Minister Imran Khan condemned the incident by tweeting and said that the government will also get the temple reconstructed.

What did the police say?

Asad Sarfaraz, District Police Officer (DPO) of Rahim Yar Khan told reporters, “We have so far arrested more than 20 suspects allegedly involved in attacking the temple in Bhong. He said more arrests are expected in the coming days as police are identifying the suspects through video footage. He said that FIRs have been registered against over 150 people under terrorism and other sections of the Pakistan Penal Code for their involvement in attacking the temple. The DPO said, we will arrest every suspect involved in this crime. The reconstruction work of the temple has been started on the orders of the top court.

Most of the population of Hindus lives in Sindh province

Hindus are a minority community in Pakistan. According to official estimates, there are 7.5 million Hindus living in Pakistan. However, there are more than 90 lakh Hindus living in the country according to the community. Most of Pakistan’s Hindu population is settled in Sindh province where they share culture, tradition and language with Muslim residents. In addition, he has often complained of persecution by extremists. India had also sent summons to Pakistani officials based in New Delhi regarding the attack on the temple. India has often been raising its voice about the atrocities on minorities in Pakistan.