Have you seen pictures of the largest moon in the solar system? NASA Juno spacecraft shares photo of Ganymede moon 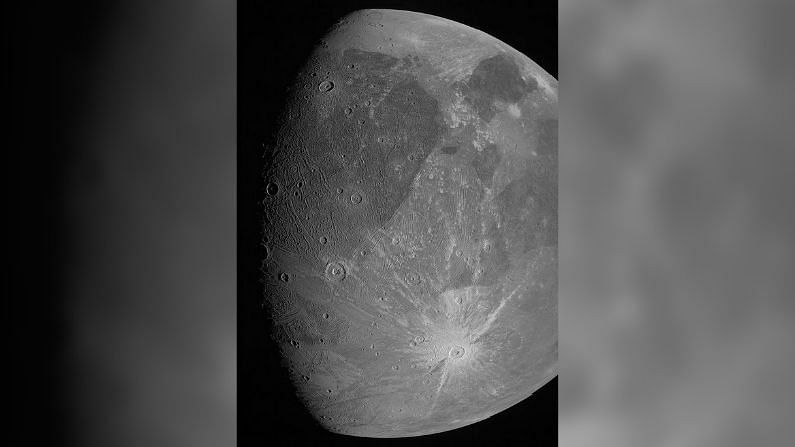 Juno Spacecraft Principal Investigator Scott Bolton said, “Juno has reached the closest to this giant moon during a generation.

New images may shed light on the Moon’s surface features, including craters and tectonic faults. Juno’s Principal Investigator Scott Bolton said, “Juno has come the closest to this giant moon in a generation.” Images taken from the Juno spacecraft’s JunoCam Imager and Stellar Reference Unit Star Camera Ganymede images show its distinctive dark and bright region. In addition, this image also reveals long structural features on the surface of the Moon. NASA said that the spacecraft managed to cover almost the entire part of the moon surrounded by water. 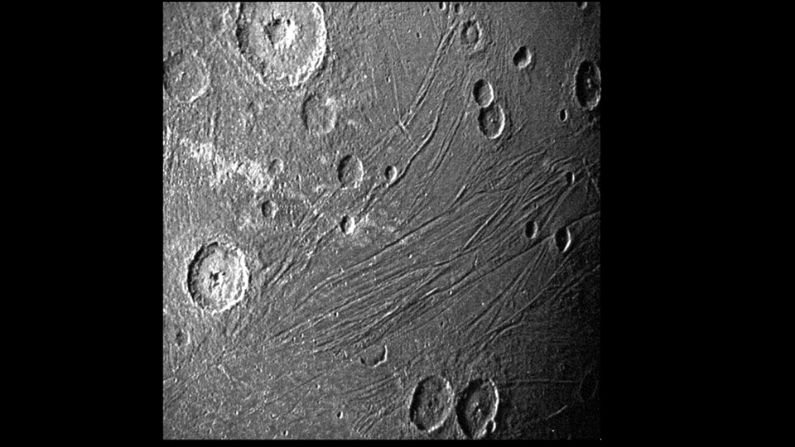 Color will be made by filtering the pictures

Scientists will now start making a color picture of the Moon. The moon Ganymede is bigger than the planet Mercury. These images will be filtered by imaging experts to produce a new picture of this icy world. Black and white photo of Ganymede moon sent by Juno. The spacecraft covered the dark side of the Moon, which appeared slightly illuminated in the dim light of Jupiter. NASA said that Juno will send more pictures from its Ganymede flyby in the coming days.

In 2011, NASA launched the Juno spacecraft

NASA scientists hope that this mission of Juno will help them understand the structure of Ganymede moon, ionosphere, magnetosphere and ice shell. Along with this, the measurement of the radiation environment can also be done. Let us tell you that the Juno spacecraft is named after Jupiter’s wife and goddess Juno. NASA launched it in 2011 and it reached Jupiter in 2016. Its job is to understand the atmosphere of the planet Jupiter. The Juno spacecraft is trying to understand its evolution through the planet’s dense clouds.

Also read: Have you seen the ‘nursery of the universe’, where stars are born? see beautiful pictures

Fines imposed on those who flout rules in Delhi Metro, know

Waited for 1 year to buy 4 crore car, the car broke down within just 6 hours of delivery