Good News! Thailand will be able to visit soon, ready to open doors for tourists, no need for quarantine 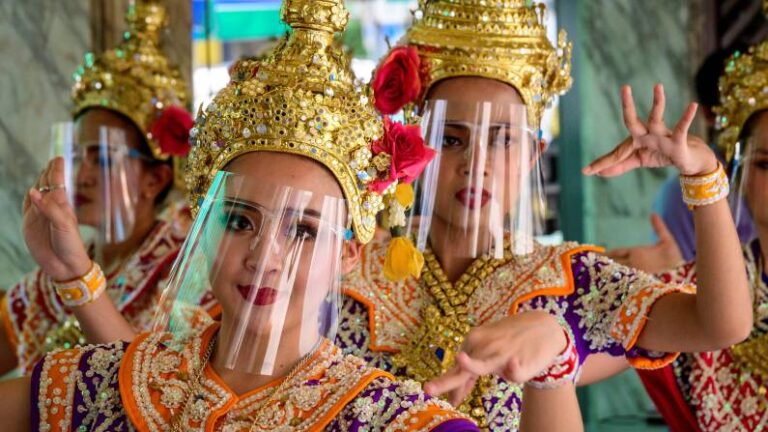 The Prime Minister of Thailand said that the time has come when the country should be reopened. Initially Phuket will be opened as a pilot project.

Thailand will reopen its doors to tourists. AFP

After battling the corona virus, now the whole country is slowly getting back on track. Thailand, famous for tourism, has planned that the country will be fully opened to foreign tourists in the next 120 countries. Thailand’s Prime Minister Prayuth Chan-ocha has said that most of the population will be given at least one dose of the vaccine by early October to bring the country’s economy back on track.

In his address to the nation, the Prime Minister said that some tourist destinations will be opened for people taking both doses of the vaccine. They will not even need to be quarantined. The Prime Minister said that Phuket will be opened as a pilot project for the restart. He also said that by July, one crore people in the country will be given the vaccine. So far this year, 10.5 crore doses have been ordered, which is much higher than the national target.

time to reopen the country

Prime Minister Prayuth said, ‘Now the time has come when we should look ahead. We have to fix a date when we can fully open our country and welcome tourists again. This is a very important step to end the difficulties of those who do not have employment left. “That’s why I set a goal for all of us so that Thailand can be reopened within 120 days,” he said. Tourist centers will have to be ready faster.

Thailand also wants to remove all restrictions as soon as possible because its economy is dependent on tourism. Before the corona virus epidemic, tourism accounted for 20 percent of the country’s economic output. But due to the restrictions imposed around the world, the employment of many people here has come to a standstill in the last one year. They lost their jobs. Thailand’s GDP has seen a decline for the fifth consecutive quarter. Policy makers for the government have warned that this trend will continue until millions of dollars come through foreign tourists.

Australia: Only people above 60 years of age will get AstraZeneca vaccine, this is the reason behind the decision

In its endeavour in direction of defending our planet, 360LIFE, a brand new age organisation,…

itel launched its affordable smartphone in india, the price is less than 7 thousand, know the specialty

Seeing this electric car, Elon Musk will beat the head, decides to travel 500 Km on one charge