From the Wuhan city of China where the corona virus spread all over the world, once again the situation deteriorated, COVID investigation of 1.12 crore people was done 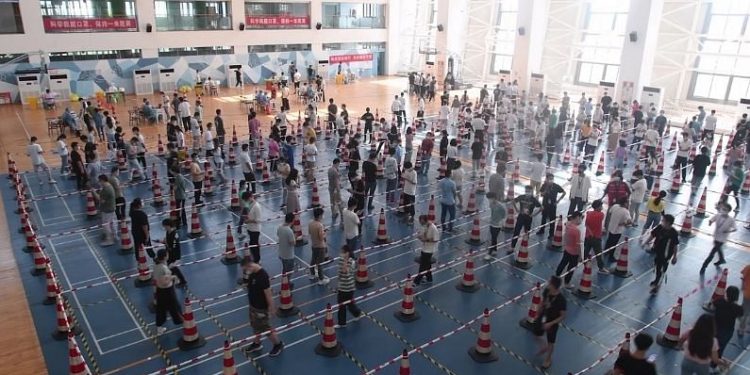 Wuhan City: For the first time in the world, the case of corona virus was reported from Wuhan city of China. After which the infection has spread to almost all the countries of the world. Cases of infection are being found once again in this city. Due to which the government has investigated the people.

Wuhan City Tests More Than One Crore Citizens: The city of Wuhan, China, from where the corona virus spread all over the world, is now seeing an increase in the cases of COVID-19 once again. Meanwhile, samples of about 1.12 crore people have been tested (China Coronavirus Update). The first case of corona virus was reported in 2019 in Wuhan city itself. There have been six new cases of local infection in Wuhan. Apart from this, 15 more people were found infected but they did not have any symptoms.

As of Friday, there have been 47 cases of infection in Wuhan, the capital of Hubei province, out of which 31 cases were of local level. Local authorities said that 1.12 crore samples have been tested in Wuhan (Wuhan City People Covid-19 Test). According to the ‘Xinhua’ news agency, 64 people without symptoms have been kept under observation. Intensive investigation campaign was started in Wuhan on 4 August. Out of these, 1.08 crore samples have been reported.

Li Yang, deputy director of the Center for Disease Control and Prevention of Hubei province, said that health workers are still investigating people. Till Friday, a close watch was being kept on 157 residential complexes in the city. After the first case was reported in December 2019, now cases of COVID-19 are increasing again in Wuhan (Coronavirus Wuhan City). China’s National Health Commission said on Saturday that 139 cases of COVID-19 have been confirmed in the country on Friday. The commission said that so far a total of 93,605 cases have been reported in the mainland of China, while 4636 people have died.

The city was sealed to control the infection

A few days ago, there was news that China has sealed its Zhangjiajie city after receiving dozens of cases of corona virus. Punitive action is also being taken against the local leaders of this city (China Coronavirus Cases). The country is on high alert due to the outbreak of infection again from the international airport of another city, Nanjing. The infection spread here has reached 17 provinces of the country.

Also read- Indonesia is building ‘Jurassic Park’, people will pass among the dangerous Komodo dragon, but what is UNESCO afraid of?