Delta Variant wreaks havoc in the world, but these new variants of Corona can also bring ‘big trouble’ 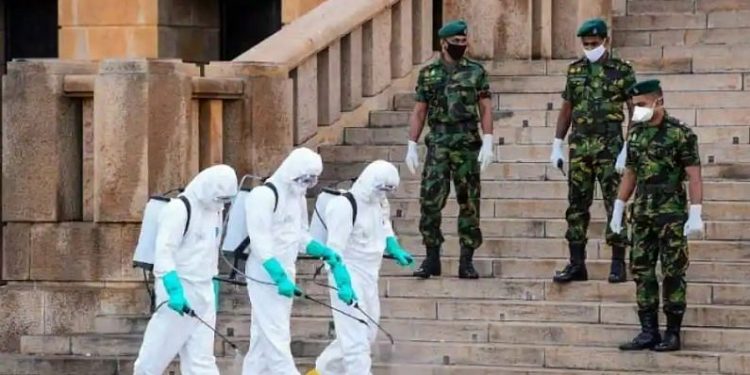 Apart from the Delta Variant of Coronavirus, new variants are also emerging in the world, which can become a new problem for the people in the coming times.

The variants of the SARS-CoV-2 virus responsible for the coronavirus are now being given Greek names. The World Health Organization (WHO) is giving Greek names to new variants of the virus. Some variants are equipped with better ways to infect humans or avoid vaccine protection. This is the reason that the focus of scientists is the most on the Delta variant. The delta variant is responsible for new cases of the virus worldwide.

Delta variant raised the most concern

Lambda variants have caught the world’s attention as a potential new threat. This variant of coronavirus was revealed in Peru in December last year. WHO has designated the lambda variant as ‘Variants of Interest’. This means that it can turn into potential mutations that can spread rapidly and make you seriously ill. However, the investigation is still going on on this. Lab research shows that it causes mutations that can fight the antibodies made by the vaccine.

Scientists eye the B.1.621 variant

In January this year, the B.1.621 variant was revealed for the first time in Colombia. It has not yet been given a Greek name, but it has caused a major outbreak in Colombia. The European Center for Disease Prevention and Control lists it as a ‘variant of interest’, while Public Health England B.1.621 is a ‘variant under investigation’. It has several key mutations, including E484K, N501Y and D614G, which are known to cause the virus to spread rapidly and reduce the effectiveness of the vaccine.

The threat of new variants remains

White House Chief Medical Officer Dr. Anthony Fauci recently warned that America could be in big trouble if large numbers of Americans are not vaccinated. He said that a large number of people without getting a vaccine can give the virus a better chance of spreading. At the same time, there is a risk of new variants of the virus coming in poor countries too, because a small number of people have been vaccinated here. Currently, it is being said about the vaccine that it prevents becoming seriously ill, but does not protect against infection. In such a situation, a new type of vaccine is needed to prevent the spread of infection.

Also read: Saudi Arabia will allow Umrah to vaccinated pilgrims, only so many people will get entry into the Kingdom