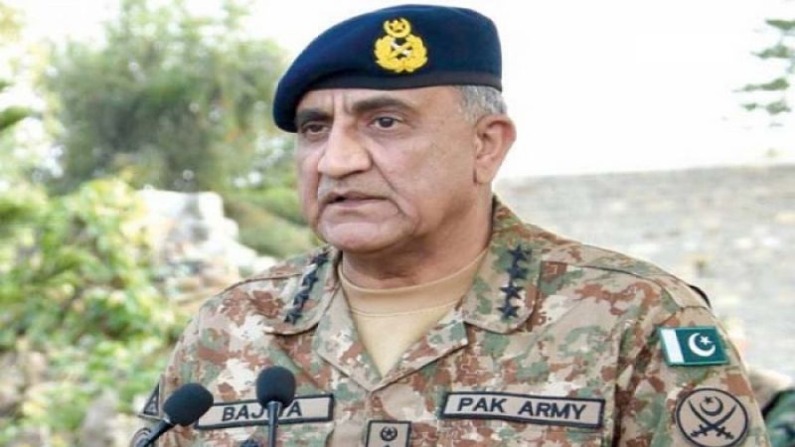 POK activist Amjad Ayub Mirza has claimed that a conspiracy was hatched to kill Qamar Javed Bajwa. But this has been failed.

Pakistan, which has troubled the countries of the world with terror, has become troubled this time itself. Actually, a conspiracy was hatched to kill Pakistan’s army chief Qamar Javed Bajwa, but it was postponed in time. Since the revelation of this conspiracy, there has been a stir in Pakistan. It is believed that had Bajwa been assassinated, the situation in Pakistan could have worsened. Amjad Ayub Mirza, an activist from Pakistan-occupied Kashmir (POK), has claimed this.

Amjad Ayub Mirza said in a video uploaded on his YouTube channel that the intelligence clandestine network of Radio Himalaya gathers intelligence there while living in Pakistan-occupied Kashmir. It was it who informed its intelligence sources that Bajwa was to be attacked, but before that the officers and jawans who did so were arrested. Mirza said that 14 officers of the Pakistani Army, 22 SSG commandos and 30 soldiers have been arrested at 10 pm on Saturday night. He said that the Investigation Branch of the Pakistan Army has arrested these people.

There was a plan to hide Bajwa like this

According to Mirza, the plan of these officers was that when General Bajwa visits those areas of PoK, where intelligence weapons have been kept to attack India, only then they will be killed. As per the plan, the SSG commandos will surround Bajwa and then fire him with bullets. Mirza told that the conspiracy to kill Bajwa was hatched by the forcibly retired soldier and his friends. These people are angry with Bajwa, because 1700 soldiers have been removed from the army. His pension has also been canceled and the land given to him has also been taken back from him.

The activists of POK told that the people who have been arrested. It includes 14 officers. Four of these 14 officers are majors, out of which two are related to Military Intelligence and two are related to ISI. At the same time, there are three lieutenant colonels, one of them belongs to the Central Commander, one to the Corps of Engineers and one to the 17 Division. He told that there are two full colonels, one of which is related to the Directorate of Military Operations and the other is related to the Weapon and Equipment Directorate. Apart from this, two Brigadiers have also been arrested. Along with this, four Major Generals have also been taken into custody.

Summer Drink: This drink is nectar in summer, know its amazing benefits and how to make it

7th Pay Commission: Modi government will give bumper salary, will come in October with 31% DA arrears – Rs 70,556 will come