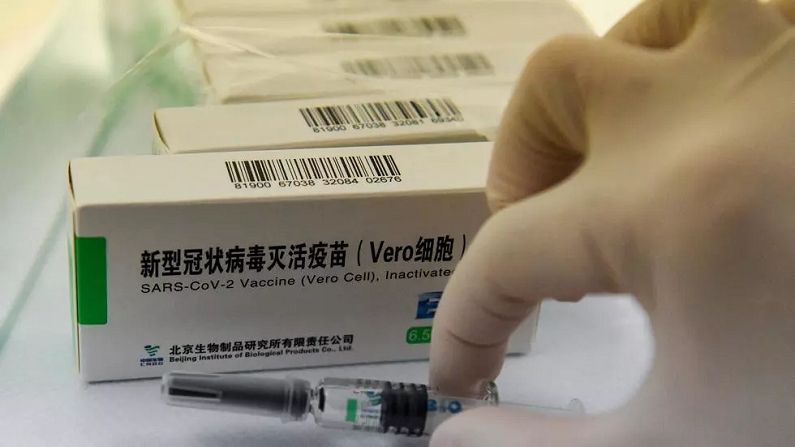 According to the report of the New York Times, people are getting infected again in countries where the Chinese Coronavirus Vaccine has been applied to people.

In many countries of the world, people were vaccinated with China’s Corona Vaccine, but now corona cases are increasing again in these countries. According to a report in the New York Times, countries like Mongolia, Seychelles and Bahrain were dependent on the COVID-19 vaccine made by China to deal with the coronavirus, but now infection in these countries. is increasing. The report said that examples from many countries show that the Chinese vaccine is not very effective in preventing the spread of coronavirus, especially on new variants of COVID.

According to the New York Times, about 50 to 68 percent of the population in Seychelles, Chile, Bahrain and Mongolia have been fully vaccinated through the Chinese vaccine. These countries have left even America behind in terms of vaccination. However, they are also included in the top 10 countries of the world battling badly with the COVID epidemic. Jin Dongyan, a virologist at the University of Hong Kong, said, “If the vaccine is good enough, we would not have seen this pattern.” It is China’s responsibility to fix this.

People getting infected after getting Chinese vaccine

In Seychelles, people were vaccinated through China’s Sinopharm vaccine, but now there have been 716 new cases for a population of one million. Mongolia, dependent on Chinese aid, rapidly vaccinated and then eased restrictions. It vaccinated 52 percent of its population. But on Sunday, a record more than 2400 cases were reported here, which is four times the figures of a month ago.

Bahrain and the United Arab Emirates were the first two countries to approve the sinoform vaccine. During that time the clinical trial data of the last stage of this vaccine was not released. However, in both these countries, such news is coming out after vaccination, every day vaccinated people are being found infected here.

What did China say in its clarification?

On the other hand, China has clarified that there is no connection between the recent outbreaks and its vaccine. The Chinese Foreign Ministry, citing the World Health Organization (WHO), said that in many countries the vaccination did not reach the sufficient level, which is necessary to control the epidemic. And in such a situation, these countries need to maintain control. The ministry said that many reports and data provide information that these countries have claimed themselves to be safe and reliable and that they have played a key role in controlling the epidemic.

Also read: ‘Get the vaccine or go to jail’, the President of Philippines is threatening people for vaccination, said – I will get pig vaccine

Union Budget 2021: Health budget will be special due to Corona! This is a wishlist from medical device to pharma industry

The risk of corona increasing in children, what to do when these symptoms of corona appear in the child (Coronavirus: Now Kids Are At...