China, which suppresses the voice of the people, is giving lectures on democracy to India-America, said – this is not anyone’s patent 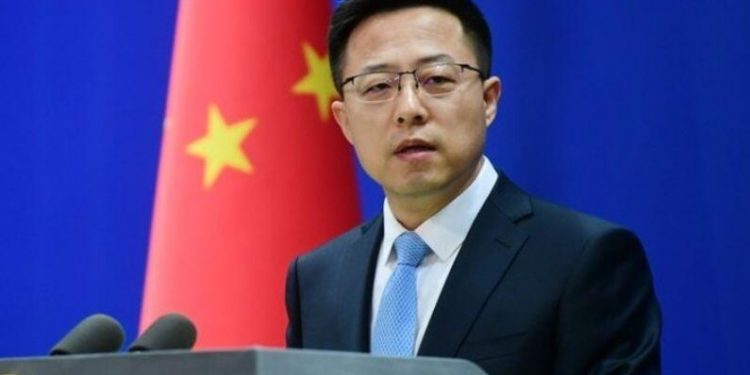 China’s Foreign Ministry spokesman Zhao Lijian has given a lecture on democracy to India and America.

China, which is crushing the freedom of speech and thought in its country and running power as a party, is giving lectures on democracy to India and America. Chinese Foreign Ministry spokesman Zhao Lijian on Wednesday started giving everyone on democracy to India, the world’s largest democracy and America’s oldest democracy. Actually, China is feeling this chili because America has constantly surrounded Beijing for suppressing the voice of the people in Xinjiang and Hong Kong. On the other hand, India and America are trying to surround authoritarian China.

This statement from China has come at a time when US Secretary of State Antony Blinken has visited India. During this, Blinken talked about the growing global threat against democracy and said that India and America should stand together against these dangerous ideas. In relation to this answer of Blinken, a Bloomberg reporter on Wednesday asked Zhao Lijian whether the US Secretary of State was pointing towards China. Hearing this, Chinese Foreign Ministry spokesman Zhao Lijian started the lecture on democracy.

What did the Chinese spokesperson say about America?

Zhao Lijian said, I want to emphasize that democracy is the common value of humanity. It is not a patent of any country. The way to make democracy a reality is to diversify it, not to create patterns and give an answer. A multi-party political structure is not the only form of democracy and democracy cannot be used to provoke conflict. In the context of America, the Chinese spokesperson said, some countries claim themselves to be democratic. But they are facing problems of racial discrimination, political polarization among other issues. Is this the kind of democracy they are proud of?

What did the Chinese spokesperson say about India?

Regarding the neighboring country India, China said that money wins elections in India. Zhao Lijian said, in some countries you can’t get votes without money. Political parties put their interests above the public. Is it democracy or upliftment of the rich? In some democracies others develop. Is this democracy or hegemony? Do you want such a democracy? Zhao said that the way of deciding which country is democratic and which is autocratic, should not be decided by a certain country. Zhao did not name India or America. But clearly he was referring to India and America.