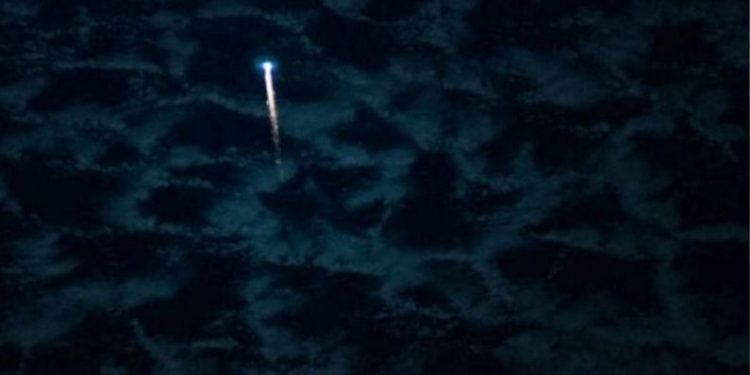 Shooting Star: Shooting Star The falling star is called. We often see such stars from the earth, but can they be seen from space also? A video of this was made by the French Astronomer from the International Space Station.

The Falling Star View (Video of Shooting Star From ISS)

Shooting Star Video: It is a very unique experience to see the ‘falling star’ wrapped in light in the dark dark sky. But what if we see this view from space instead of standing on the earth? This can be difficult for common people but it is quite common for astronomers. Astronomers living on the International Space Station often see such sights (Shooting Star Video). A video of the same incident has also been made by an Astronomer of France. In which the falling star can be seen coming to Earth from space.

Actually this falling star is the space module of Russia. French Astronaut Thoma Peske has shared a time-lapse video of this sight which lasted for six minutes. The caption of the Facebook post reads, ‘Entering the atmosphere without any heat sheet creates a good fireball.’ In the video, small pieces of this Pirs module are seen falling from the edge (Shooting Star Are Called). Whenever something enters the earth’s atmosphere from the outside world, it generates a lot of energy due to friction, due to which that thing burns.

Why do we see falling stars?

Usually, the fragments of the meteorite coming towards the Earth after separating from the meteorite appear like a falling star. Sometimes they pass without touching the atmosphere and sometimes they look like a ball of fire (Shooting Star Are Called). Behind these spheres are meteorites and light, which can be seen. It is called a falling star but but these are not actually stars but meteor showers. This is most commonly seen after July. In the second week of August, the meteor showers intensify further.

So after seeing this, ask for a wish or not?

It is said that whenever a falling star is seen in the sky, we should ask for a wish. On this Peske jokingly says that sometimes the ‘falling star’ seen in the sky can also be garbage coming from space. So if you see him and ask for a wish, then it may not come true (Fire Balls Shooting Stars). But still you should not hold back from asking for a wish. Because it may not be a piece of meteorite or a waste of space and is actually a collapsing star. Talking about Russia’s Pirs module, it was retired after serving for 20 years. Now its place has been given to the Russian science module Nauka.

Also read- China is making ‘soldiers’ by giving strict training to Tibetan children, military camps built on the border with Arunachal of India, why?