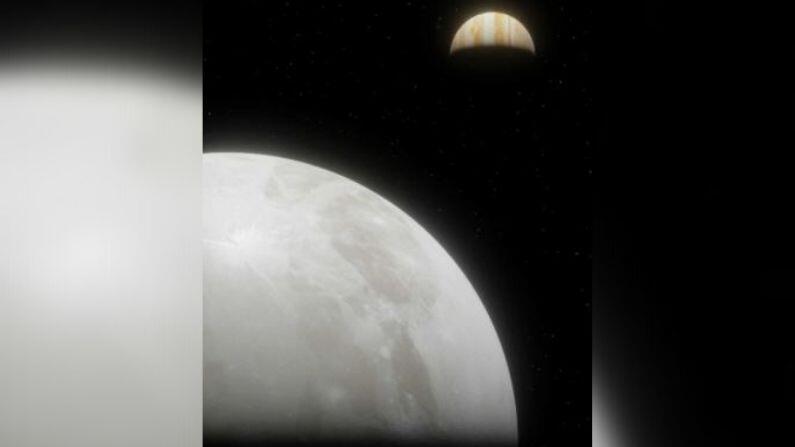 To find these evidences of water vapor, astronomers re-examined Hubble data from the past two decades. Water on the planet is present under a layer of ice 100 miles thick.

Astronomers have found evidence of water vapor in the atmosphere of Jupiter’s moon Ganymede for the first time. This water vapor is formed when ice from the surface of the Moon changes directly from solid to gas. In this research published in the journal Nature Astronomy, scientists have used the Hubble Telescope of the American Space Agency NASA.

Earlier research claims that the largest moon of the Solar System, Ganymede, contains more water than all the oceans on Earth. However, the temperature there is so cold that water freezes on the surface. According to the report, Ganymede’s ocean is present about 100 miles below the crust, so this water vapor does not represent this ocean.

Astronomers re-examined Hubble data from the past two decades to find these evidences of water vapour. In 1998, Hubble’s Space Telescope Imaging Spectrograph (STIS) took the first ultraviolet picture of Ganymede. The picture revealed that Ganymede has a weak magnetic field. ‘NASA Hubble’ shared the photo with its Instagram handle and gave information about the discovery of the telescope.

The caption accompanying the photo read, ‘Hubble has found evidence of water vapor on Jupiter’s moon Ganymede… Astronomers have found evidence of water vapor in the atmosphere of Jupiter’s moon Ganymede with the help of Hubble data. It is an ice-covered world that may contain more water than all of Earth’s oceans, but Ganymede’s oceans lie beneath a 100-mile-thick, icy crust. This atmospheric water vapor was created by a process called ‘sublimation’, when a solid turns directly into a gas.

The mission of scientists is no longer just the Moon, Mars or the International Space Station in space. Now NASA’s next target is to search for life on Jupiter’s moon Europa. For this, the space agency has chosen Elon Musk’s company SpaceX. There is an ocean of liquid on Jupiter’s moon Europa that may indicate life. The US space agency NASA said in a statement that the contract price for the Europa Clipper mission is $178 million. This mission will be launched in 2024 with the help of Falcon Heavy rocket from Kennedy Space Center in Florida.