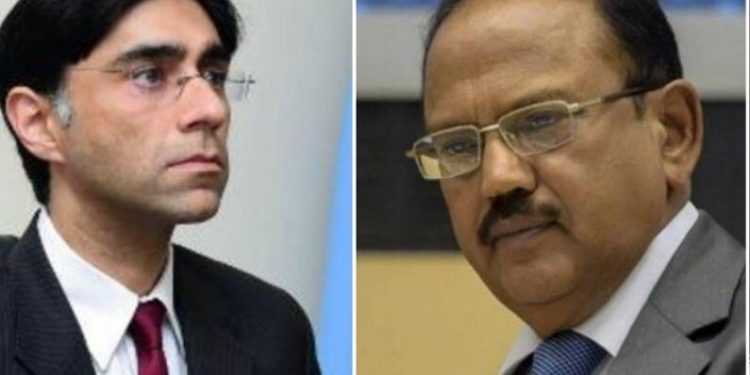 Pakistan NSA Moeed Yusuf: Pakistan’s National Security Advisor has claimed that his country has had many secret meetings with India. After which the decision was taken to implement the ceasefire.

Moeed Yusuf on India Pakistan Secret Meeting: Pakistan’s National Security Advisor Moeed Yusuf has claimed that several secret meetings between his country and India took place in February, due to which the ceasefire between the two countries has been implemented. Regarding the relationship between India and Pakistan, he said that the window of hope and hope is always open for this, provided that a favorable environment is created by India.

In an interview given to the news website ‘The Wire’, Moeed Yusuf said that when the ceasefire between India and Pakistan took place in February after 2003, the relations between the two countries were filled with hope and hope (India Pakistan Ceasefire). He said that secret meetings were held in February to re-implement the ceasefire. However, it was not told where the meetings were held. No information was also given about who attended the meeting from India’s side.

Moeed Yusuf also told something about whether the head of the intelligence agency ISI had attended the meeting on behalf of Pakistan. He also denied the talk of meeting with India’s National Security Advisor Ajit Doval. When asked whether Doval had met Pakistan Army chief General Qamar Bajwa, he twice avoided answering the question. Yusuf said that if India is honest, then Pakistan is also ready to move forward.

What did you say on the role of UAE and Saudi Arabia?

After this, Moeed Yusuf was asked what is the role of third parties United Arab Emirates and Saudi Arabia (UAE Role in India Pak Relation) in the ceasefire with India? To this he said that I think pressure was put on India. Then he was asked that if the Taliban government is formed there after the capture of Afghanistan, will Pakistan recognize it. To this the Pakistani NSA replied that Pakistan would do what the whole world would do. Asked whether the Pakistani government would welcome the Taliban, he said that Pakistan has no favourites, it is up to the people of Afghanistan to choose their own government.

Pakistan’s National Security Advisor told India’s hand in the blast outside the house of terrorist Hafiz Saeed. He said that Pakistan has intelligence and solid evidence, which shows that it points towards India’s handlers and masterminds. He said that at the right time, he will make a dossier public, which will contain all the information.