Bernard Arnault: After the decision on 9000 people, people started saying ‘Terminator’, now leaving behind Jeff Bezos to become the richest person in the world 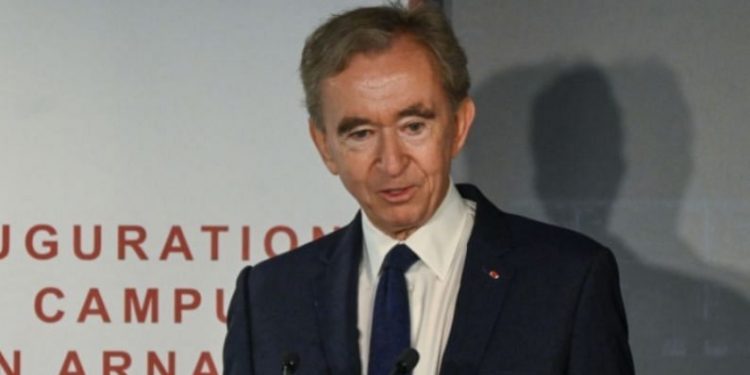 Bernard Arnault Becomes The Richest Person In The World

Bernard Arnault Story: French billionaire Bernard Arnault has become the richest person in the world. He has left behind Amazon founder Jeff Bezos and Tesla CEO Elon Musk in the ranks of wealth. Arnault is a fashion tycoon and owner of the luxury fashion brand Louis Vuitton Moet Hennessy. According to the Forbes Real-Time Billionaires List, his net worth as of Thursday was $ 199.1 billion.

Arnault’s net worth has increased by a record $482 million. Whereas Jeff Bezos’s net worth is now $ 193.8 billion and Elon Musk’s wealth has been recorded as $ 184.7 billion as of Thursday. The LVMH company that Arnault is the CEO and chairman of has 70 brands (Bernard Arnault and Family Net Worth). These include Louis Vuitton, Sephora, Tiffany & Co. (Tiffany & Co) Stella McCartney Fendi, Gucci, Christian Dior and Givenchy.

Why is it called terminator?

Bernard Arnault is also known as Terminator (Bernard Arnault Wife). In 1985, he bought a bankrupt textile company Bussock from the French government. After this, he fired 9000 people working for the company within two years (Bernard Arnault Company List). He then sold off most of the group’s assets, except the Dior brand. After which people started calling him terminator. However, after that his entire focus shifted to the fashion segment. By 1987, the company once again started making profits.

Bernard Arnault, the world’s richest man, was born in the year 1949 in the city of Roubaix, France. He started his career with the Ferret-Savinel construction company. Whose owner was his father Jean-Léon Arnault. Then Bernard Arnault himself was the head of the company from 1978 to 1984. In 1984, he reorganized the Financire Agache holding company. It is said that he got the idea of ​​the Dior fashion brand while traveling in a cab. Which is known today as Louis Vuitton.

How was your personal life?