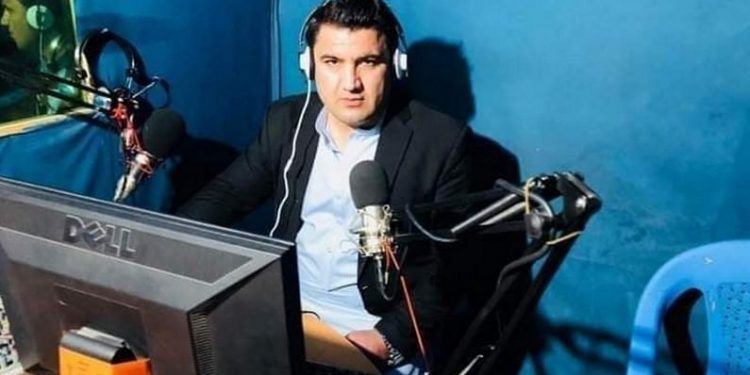 Tofan Omeri, the head of Paktia Ghag Radio in Afghanistan, has been assassinated in Kabul.

Attacks on media persons and government employees have increased in Afghanistan in recent days. The latest case has come to light in the capital Kabul, where the head of Paktia Ghag Radio and a state prosecutor in Bagram jail Tofan Omeri were murdered in Kabul on Sunday. Nai, who supports independent media in Afghanistan, confirmed the incident. Nai has urged the government to arrest the accused at the earliest and investigate the reasons behind the murder.

At the same time, a security source said that Omeri was murdered in Deh Sabz district. According to the Ariana News report, another prosecutor has also been murdered along with Omeri. No official information has been given about the attack yet. At the same time, no individual or group has claimed responsibility for the attack on prosecutors so far. Even before this many media personnel were murdered in Afghanistan. The Taliban on Friday shot and killed the director of Afghanistan’s State Information Media Center, Dawa Khan Minapal.

Taliban spokesman Zabihullah Mujahid told The Associated Press that the group’s fighters killed Dawa Khan Menapal, who ran the government’s press campaigns for local and foreign media. The Taliban had already said it would now target senior government officials. Minapal has previously served as the spokesman for Afghan President Ashraf Ghani and the Vice President. Dawa Khan Minapal was a strong supporter of the Afghan government and an opponent of the Taliban and their policies.

At the same time, the Taliban’s hold on Afghanistan is getting stronger. The organization has captured three more provincial capitals in the country. Since Friday, the Taliban have captured five provincial capitals in Afghanistan. The Taliban took control of Kunduz, Sar-e-Pol and Taloqan in the north on Sunday. The Taliban said in a statement that it had seized the police headquarters, the governor’s compound and a prison in the strategic northeastern city of Kunduz. The Taliban have also hoisted their flag in Kunduz.