Alexander Hamilton: One of America’s nation builders who is credited with laying the foundation for American government and finance 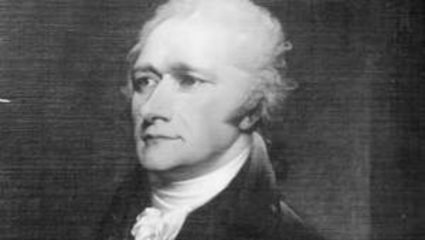 New Delhi: Today is the birth anniversary of Alexander Hamilton, one of the nation builders of America (America). Although history experts believe about the year of his birth, he was born in the British West Indies in the year 1755 or 1757. Hamilton is known as the promoter of the US Constitution. He was also the founder of the country’s financial system, the Federalist Party, the United States Coast Guard, and the New York Post newspaper. Hamilton is generally regarded as a shrewd and intellectually brilliant statesman and financier. His ideas are also credited with laying the foundation for American government and finance.

It is said that Alexander Hamilton was the leading author of American economic policies during the administration of George Washington. He played a leading role in the federal government’s funding of state loans. It is said that Hamilton was very intelligent since childhood. He first attended a school in Elizabethtown, New Jersey.

According to reports, after this he enrolled in King’s College (now Columbia University) in America. After completing his studies, Hamilton married Elizabeth Schuyler. He had 8 children.

Hamilton also played an active role in ending the legality of the international slave trade. During this time, Vice President Burr ran for the post of Governor of New York State in 1804, Hamilton campaigned against him. Angered by this, Burr shot Hamilton on 11 July 1804. He died the very next day after being shot.

Will Yuvraj Singh return to the cricket pitch again? ‘Sixer King’ made a big announcement