After the drone attack on the oil tanker, the ship was now ‘hijacked’ off the coast of UAE, suspected to be Iran’s hand 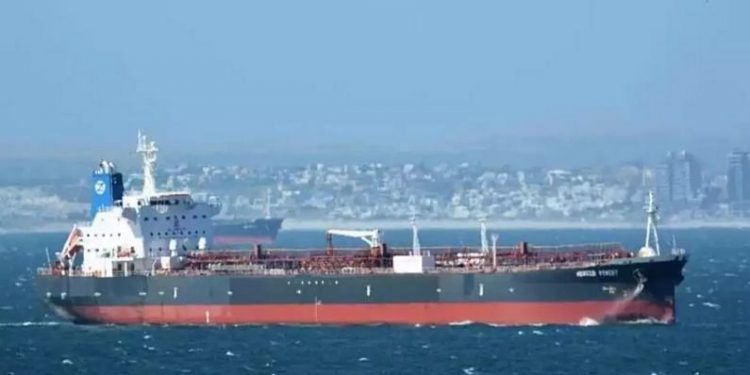 United Kingdom Maritime Trade Operations has said that a ship has been hijacked near the UAE coast.

A ship hijacks off the UAE coast

A British Navy group has said that a ship may have been hijacked off the United Arab Emirates (UAE) coast in the Gulf of Oman. The United Kingdom Maritime Trade Operations of the British Army warned earlier on Tuesday that an incident was occurring. Although details about this were not given. Hours later, it said the incident was a ‘probable hijack’. The US Navy’s Fifth Fleet in West Asia and the British Defense Ministry have yet to comment.

The Emirates government has also not acknowledged the incident yet. Earlier on Tuesday, at least four ships near the coast of the United Arab Emirates issued a warning of losing control of the ship under unknown circumstances. Officials had said that an incident was taking place in the area. According to MarineTraffic.com, the oil tankers Queen Amata, Golden Brilliant, Jag Pooja and Abayas announced at the same time from their automatic identification system tracker that they were not in control of the ship. This means that the ship’s fuel supply system has stalled and cannot be continued.

Shipping authority Lloyd List and maritime intelligence firm Dryad Global both identified the vessel involved in the incident as ‘Asfault Princess’, a Panama-flagged fault tanker. The owner of the ship has been identified as Glory International. According to MarineTraffic.com, the ship’s satellite-tracking data showed it moving slowly from the port of Jask to Iranian waters early Wednesday. According to data from FlightRadar24.com, an Oman Royal Air Force Airbus C-295MPA spent hours on top of the water to search for clues about the ship.

Iran denies involvement in the incident

At the same time, Iran’s statement regarding the hijacking of the ship has also come to the fore. Foreign Ministry spokesman Saeed Khatibzadeh said recent attacks in the Persian Gulf are suspicious. He has denied Iran’s hand in this. Khatibzadeh said that Iran’s navy is ready to help and defend the region. The incident comes days after a drone targeted an oil tanker belonging to the Israeli billionaire off the coast of Oman. Two crew members were killed in that incident. The US, Britain and Israel blamed Iran for the attack.

Also read: Oil Tanker attack: After the attack on the oil tanker, Britain also became the enemy of Iran, the diplomat was summoned