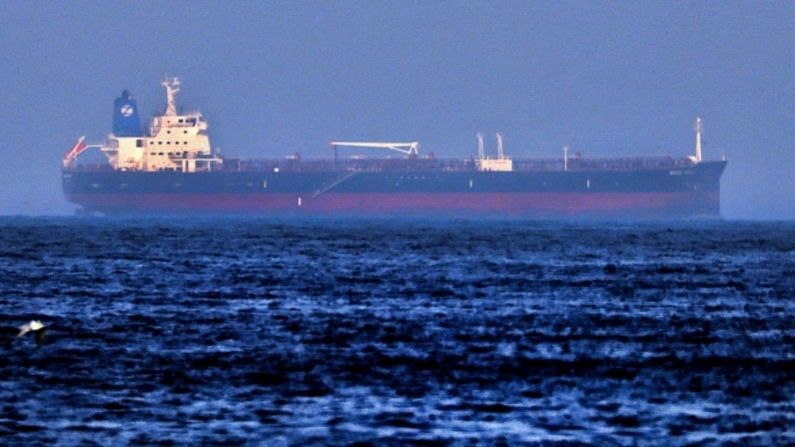 UK Ship: The UK Navy said that a ship has been abandoned off the UAE coast after being hijacked. A few days before this incident, an Israeli oil tanker was also attacked. For which Iran was held responsible.

UAE Ship Hijacked: The British Navy has said that the hijackers aboard a ship off the coast of the United Arab Emirates (UAE) in the Gulf of Oman have abandoned the target ship (British Navy Ship UAE). Detailed information has not been given about this. The incident happened on Wednesday. At the same time, the ‘Maritime Trade Operations’ of the British Navy had earlier feared a ‘possible hijacking’ of a ship in the night. However, the circumstances are not clear yet.

It was also not immediately clear who was responsible for the hijacking of the ship or who targeted the ship. Both ship authority Lloyd’s List and maritime intelligence company Dryad Global have identified the ship involved in the incident as the Panama-flagged asphalt tanker ‘Asphalt Princess’ (British Ship Hijacked). The owner of this ship has been identified as ‘Glory International’.

The incident took place on Tuesday in the backdrop of escalating tensions between Iran and countries in the West over the breach of Tehran’s nuclear treaty with world powers. Recently, the US, Britain and Israel accused Iran of carrying out a drone strike targeting an oil tanker off the Oman coast. Iran has denied allegations of involvement in such activity (Oil Tanker Attack). Later, Israeli PM Naftali Bennett said that this is a serious mistake made by Iran and it will be answered.

Two days before this, it was also reported that the tension between Iran and Britain has increased after the attack on the oil tanker. Both countries summoned each other’s diplomats. Britain summoned Iran’s ambassador Mohsin Baharwand to the Foreign, Commonwealth and Development Office after Thursday’s drone attack on the oil tanker MV Mercer Street. A British citizen and a Romanian civilian were killed in the attack (Western Coutries Iran Tension). “Iran must immediately stop acts endangering international peace and security and ensure the free movement of ships in accordance with international law,” West Asian Affairs Minister James Cleverley said.

Also read- Taliban said after shocking Kabul, ‘retaliation against the government has begun’

Share
Facebook
Twitter
Pinterest
WhatsApp
Previous articleDevyani International’s and Windlas Biotech’s IPOs are fully subscribed on the first day, both are selling at a huge premium in the gray market
Next articleImran’s government’s troubles increased, opposition attacked for not exiting FATF of Pakistan

Everyone Should Travel for Their Favorite Foods

Why is there a war between Yes Bank and Dish TV, know the full story behind it