After a strong thunderstorm, the ground suddenly started sinking and the whole city was submerged in the mud, midnight devastation in China 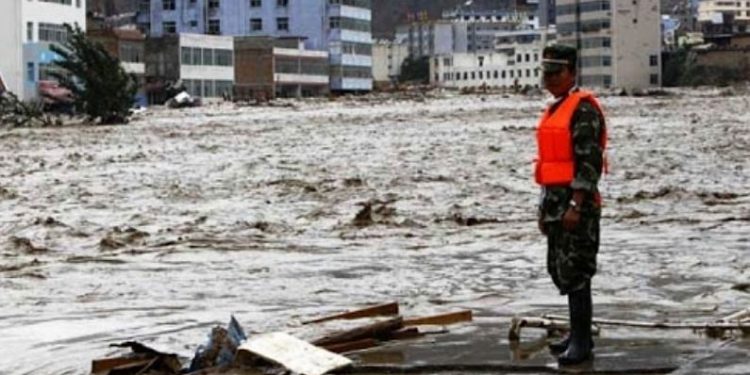 China Gansu Mudslide: No one has been able to forget this devastation in Gansu, China till date. In which the entire city was submerged in a swamp of mud and water. Due to which more than a thousand people lost their lives.

China Gansu Mudslide: The mud swamp in China’s Gansu province had caused devastation, which killed more than a thousand people. Here on this day i.e. midnight of 8 August, in the year 2010, there was a landslide (8 August History). Which changed the picture of the entire province in an instant. Heavy rains in the province were followed by the worst floods in decades, leaving only mud, water and broken cars everywhere in the city of Jokhu. By 21 August, the death toll reached 1417. 1243 people were rescued and 294 people are still missing.

The people who went missing have been taken as dead by the government. The officials asked the local people to stop searching for dead bodies. This was said so that the disease could be prevented from spreading. The city of Jokhu suffered the most in southern and central China. Here the soil was filled inside the houses and everything was destroyed. 50 thousand people were living in Jokhu within a radius of 2 square kilometers (China Gansu Landslide 2010). On whom suddenly the clouds of crisis started hovering. The whole city was submerged in mud after heavy rain. The city is located in the valley of the Balang River.

when people told what happened

After the incident, people told what they saw with their eyes. They said that it rained after the strong thunder and then the ground started sinking. All this was happening at midnight, when people were sleeping. People had also told that landslides had come many times before, but such a devastation never happened. There was also a dam near this city, where a lake of up to three kilometers was formed and water and mud started flowing into the city (2010 Gansu Mudslide News). More than 300 houses at the bottom were damaged while one village was completely buried. At the time, the official said the soil had increased by 60 per cent in river water and decreased by 8 per cent in water content, leading to an increase in floods and droughts.

Mourning was celebrated all over the country

Work has been done on 47 to 53 hydro electric projects in this city of China, out of which 41 were completed and 12 were nearing the deadline. The same city also got 120,000,000 Chinese Yuan for reconstruction. Hong Kong and Macau also donated millions of dollars. A day of mourning was observed here on 15th August (Gansu Mudslide China Latest). Flags were flown at half-mast in government buildings within China and its embassies abroad. Along with this, activities related to public or online entertainment were suspended.

Also read- Iran-Israel: After the attack on its oil tanker, Israel threatened to ‘attack’, so why did Iran provoke these 7 countries?