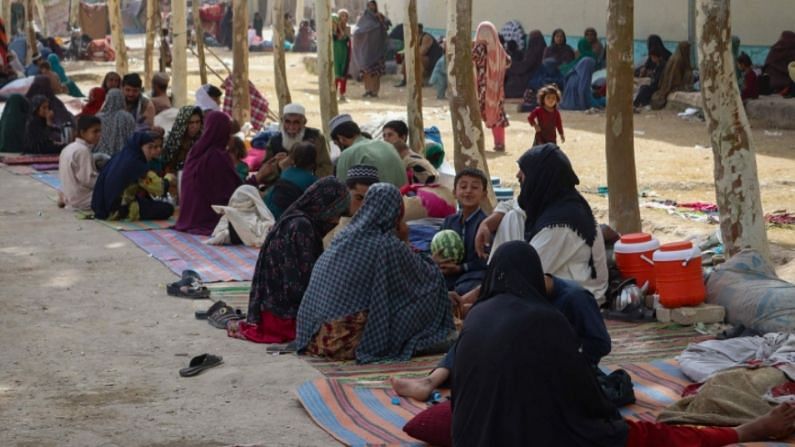 Afghans in US: With the withdrawal of US forces from Afghanistan after two decades, the threat of the Taliban has increased for those who helped American soldiers during the war. Now America is helping such people.

Afghan Translators Evacuation: The US has begun to safely evacuate those people from Afghanistan who helped it during the war and are now facing the threat of the Taliban. About 18 thousand such people will be helped. The Biden administration of America has evacuated the first group of 200 people from Afghanistan. Biden administration officials told reporters, this group also includes people who have worked for America and their families.

Today on Friday, these people have reached Fort Lee, Virginia, where they will complete the last step of the visa application process. “I am very proud to announce that Operation Alliance Refuge will relocate our first group of Afghan special migrants now arriving in the United States,” Deputy Homeland Security Adviser Russ Travers told reporters on Thursday. Afghanis in US). The flight represents the fulfillment of American commitment and honors the brave service of these Afghans. Who helped keep our mission in Afghanistan and our country safe.

The maiden flight is part of a larger group of 2,500 Afghans, including some 700 who served in the US military as translators. He has completed a Special Immigrant Visa (SIV) application process along with his family and is being brought to the US for the final stages (Afghanistan Taliban Latest News). Travers said the remaining 2,500 are expected to be transferred “over the course of a few weeks”. The Biden administration formally launched Operation ‘Allies Refuge’ earlier this month.

The threat of being killed by the Taliban

This is amidst increasing pressure from lawmakers and advocates on both sides to evacuate Afghans who helped the US and these Afghans were in danger of being killed by the Taliban after the complete withdrawal of America. Travers said the US had already “completed rigorous background checks” of those arriving at Fort Lee. Tracey Jacobson, who oversees Operation Elise Refuge for the State Department, said these Afghans were tested for covid before coming to the US, there were arrangements to give the covid vaccine in Kabul and they were also revaccinated at Fort Lee. Will go

He said he also completed a “fitness” medical examination for all Afghans to fly. Jacobson said these people are expected to stay at the army base for about a week as they complete some final stages of Homeland Security processing, including the final medical check-up required by law. The US military has withdrawn nearly 95 percent of its forces from Afghanistan after nearly 20 years, and President Biden has set August 31 as the official deadline for the withdrawal.

The security situation in Afghanistan is deteriorating amid the withdrawal and US military officials have said the Taliban now control nearly half of the country’s districts (Afghans Evacuation to US). About 18,000 Afghans are already waiting for SIV visas issued by Biden, and an estimated 53,000 families with them are also on their way to the US. This application process can take up to 800 days.

Decision on extension of visa

The US Parliament is working to add more visas to the program and streamline the application process (US on Afghans Help). As part of a larger spending package passed by both houses on Thursday, parliament approved to increase the program to 8,000 US visas, remove barriers for applicants and provide about $1.1 billion for evacuation.

Also read- Hundreds of Taliban terrorists surrounded a lone boy, then stoned him to death, video of death also released

Share
Facebook
Twitter
Pinterest
WhatsApp
Previous articleDriving license is not required to drive this electric scooter, you can keep so many kilos behind
Next articleThe Tata whose car was eagerly awaited, finally it has reached the dealership, is to be launched on 4th August