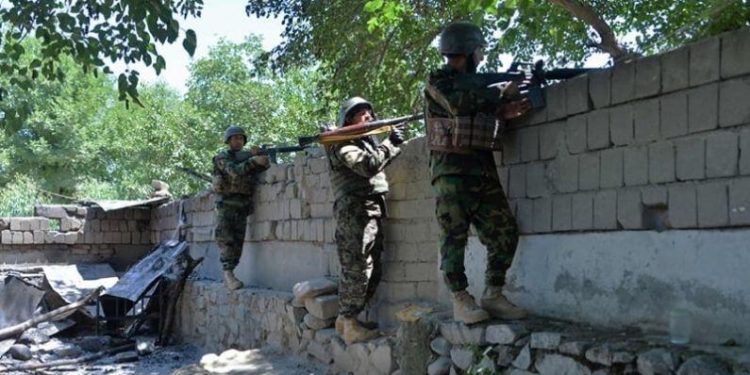 It is worth noting that the Taliban is rapidly strengthening its hold in Afghanistan. At the same time, the Taliban said that it does not want a monopoly on power.

The Taliban is spreading its feet in Afghanistan and after the withdrawal of American troops, the Afghan Security Force is facing the terrorists alone. Afghanistan’s Defense Ministry claimed on Saturday that its security forces killed 262 Taliban militants in different provinces in just 24 hours. Security forces said that 176 terrorists were injured during the operation and 21 IEDs were defused.

The ministry said in a tweet that during the last 24 hours 262 Taliban terrorists were killed as a result of #ANDSF operations in Lagman, Nangarhar, Nuristan, Kunar, Ghazni, Paktia, Kandahar, Herat, Balkh, Jowjan, Helmand, Kunduz and Kapisa provinces and 176 were injured. In addition, 21 IEDs were discovered and inactivated.

21 #Taliban terrorists were killed & 12 others #terrorists including one of their commanders were wounded in #airstrikes conducted by #AAF at the outskirts of #Takhar provincial center, late afternoon today.

Also, a large amount of their weapons, amos & equipment were destroyed

Curfew imposed across the country

According to the ministry, security operations are being carried out continuously throughout the country, especially in areas where the Taliban have advanced. Meanwhile, the government imposed a nationwide curfew on Saturday in an effort to prevent the Taliban from attacking cities. Apart from Kabul and two other provinces, no movement will be allowed between 10 pm and 4 am.

The conflict between the Taliban and Afghanistan has intensified in the past two months following the withdrawal of US troops. The Taliban claim to have captured 90 percent of the country. Significantly, after 20 years there has been almost complete withdrawal of foreign troops from Afghanistan. Due to which the Taliban have taken a more aggressive approach and captured half of the country.

Pakistan is continuously helping the Taliban by sending weapons and terrorists, due to which Afghanistan is very angry. Amrullah Saleh, the Vice President of Afghanistan has tweeted about this and has informed about the actions of Pakistan. He has told how Pakistan is supporting the Taliban in this fight. Saleh alleged that the Taliban have close ties with Pakistan’s military and intelligence agency ISI.

Also read: French President Emmanuel Macron lashed out at the protesters against vaccination, said – such people will not let Corona go from the country