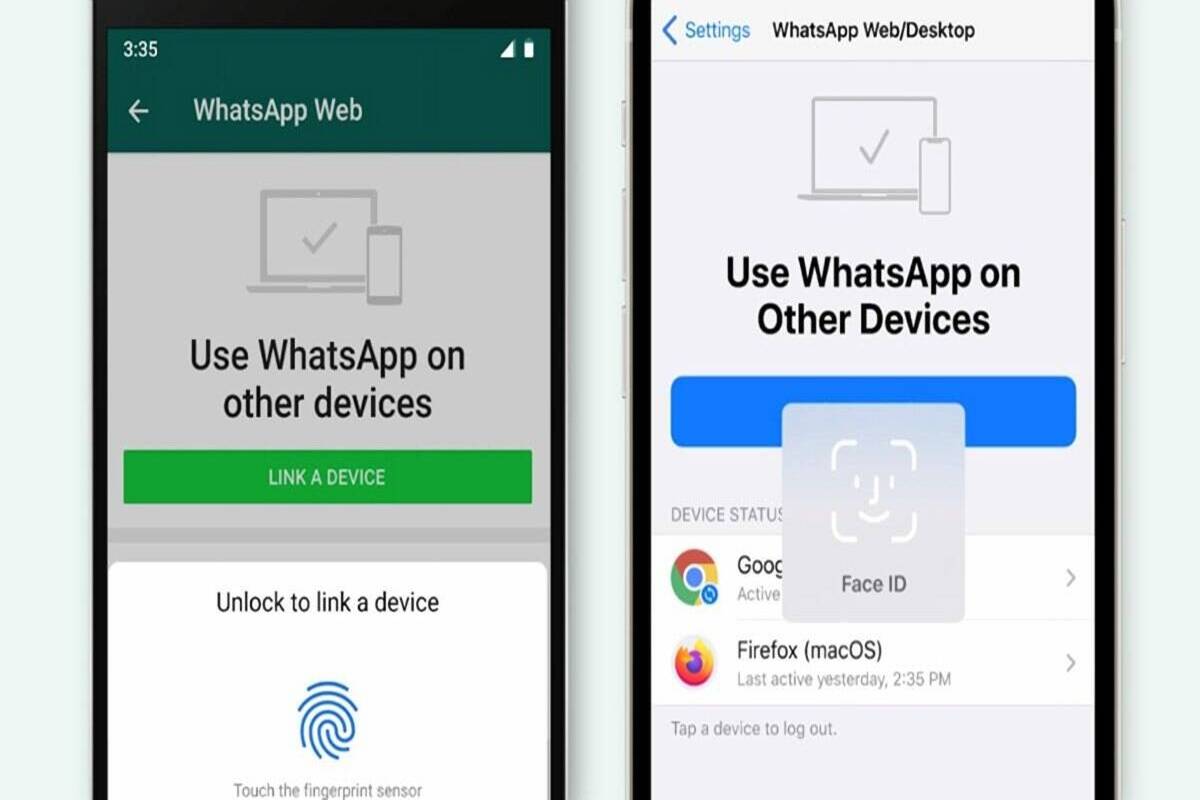 WhatsApp has announced additional security features for WhatsApp web and desktop. The company said that with this, the user will get more security by linking his account to the computer. On WhatsApp, now the user will have to use the face or fingerprint unlock to link the mobile phone operating system to the web version. WhatsApp said that to link WhatsApp web or desktop to their account, now the user will be asked to use face or fingerprint unlock before scanning the QR code. Currently, users only need to scan the QR code to connect their WhatsApp account to laptop or PC.

According to the company, with the help of this new security feature, the possibility of any household member or office partner linking the device without the user’s information will be greatly reduced. Currently, WhatsApp notifies users with pop-up notifications when web or desktop is logged in, but the new feature adds additional security. Users always have the ability to unlink devices from their phones at any time.

WhatsApp has also said that face and fingerprint authentication will be done while saving privacy on your device. WhatsApp cannot access the biometric information stored by your device’s operating system. According to the company, with the new security feature, the phone will start coming with a visual redesign on the WhatsApp web page, which will be available to the users in the coming weeks.

WhatsApp is also working on the video and audio calling feature for the web platform. Right now this feature has been seen in beta testing, but it is yet to start for all users.

‘Gang war’ between animals in Africa, chimpanzees eating gorillas after killing them, scientists told the reason

Pilot gave children control of the aircraft, then a mistake occurred and 75 people slept to death

Buy cars from Maruti, Hyundai and Tata cheap, get up to Rs 1 lakh