Titan Watch is crazy for you, good news for you 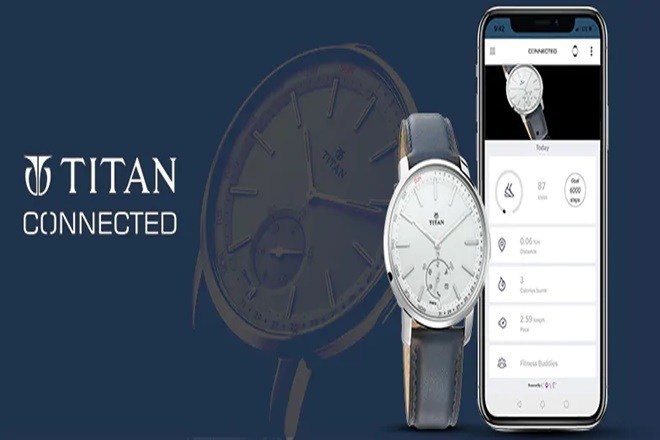 Titan Watch Connected X Smartwatch : If you are fond of wearing a watch, then this news is for you. By the way, everyone likes different watches; People wearing similar watch also like watches of different brands. There are all kinds of watches in the market. In such a situation, people have a lot of choices. Despite having different brands, some people know very well how they do not have to be confused in this option too. Because all those who wear the watch are familiar with the brand. For a long time, he is wearing a variety of watch which is coming. So if you are a fan of Titan watch then this article can prove to be useful for you. Because Titan has launched another watch of its own.

Titan Watch: Titan’s Watch is crazy for you, good news for you

Titan Company Limited has launched the Titan Connected X full touch smartwatch in the Indian market. This smartwatch includes 13 features. For this, the company announced to acquire Hyderabad-based technology and wearable firm HUG Innovation. Now you must be thinking what is this and what does it mean. Aquihare means buying its skills and staff, not its products and services. This means that its skills and staff will become that of this company.

The company will benefit from the HUG Innovation Aquarium

Titan Company Limited CEO (Watches and Wearable Business) S Ravi Kant said that Raj Naravati, the founder of HUG Innovation had joined Titan Company from January 1, 2020 along with 23 others from his team. The company said that Titan will get a big advantage of accessing HUG’s consumer platform and IPs, which is very important for the company to do the business of wearables. The company said that after aquiring, there will now be a Titan development center in Hyderabad. About the launch, Ravi Kant said that this product will be available in all the big Titan stores from March 2020.

Talking about the features of this smartwatch, it will have a 1.2 inch full color touch screen. Along with this, the watch will also have music and selfie control with analog hands, activity tracking, heart rate monitoring, find phone, camera control, sleep tracking, weather, calendar alerts and customizable watch faces. The price of this watch has been kept at Rs 14,995.

After conquering the watch market, Titan made its foray into the jewelery industry and the brand Tanishq was launched in 1996. Tanishq soon emerged as the fastest growing jewelery brand in India. This diversity was further followed. Fastrack — a fun and young brand of watches and accessories in 2003, and the accessories line; In 2007 Titan Eyewear Division – a project of Instruction Eyewear, complete with exclusive outlets, to cater to every need of the customers.

In the year 2013, Titan entered the perfume market by launching SKINN, redefining the Indian fragrance industry and impacting the identity of the highest quality and titan. After building its identity in various industries, Titan launched its brand ‘Tanira’ Stepped into the retail segment with the launch of.

Franchising is increasing with time

Since its inception, the company has had 489+ exclusive watch showrooms. Known under the brand name ‘World of Titan’, it currently has 350 franchise stores. The Fastrack line has 159 franchised stores and kiosks. Helios, another chain of Titan watches, has more than 40 franchise stores. In the jewelery segment, Tanishq was the first brand to attempt to bring back the franchising model in 1996. Out of its 228 jewelery stores, 175 are franchised. The Titan Company ventured into the eyewear category in 2007 through Titan iPlus. The brand has over 470 Titan Iplus franchise stores.

You can earn millions of rupees by starting this business

So that’s why Apple products are the best, not only quality, but also protects your money, the company has proved

If you are also using iPhone, then become alert! Big news brought about the privacy of users