Short Video Quibi Shuts Down 6 Months After Being Launched 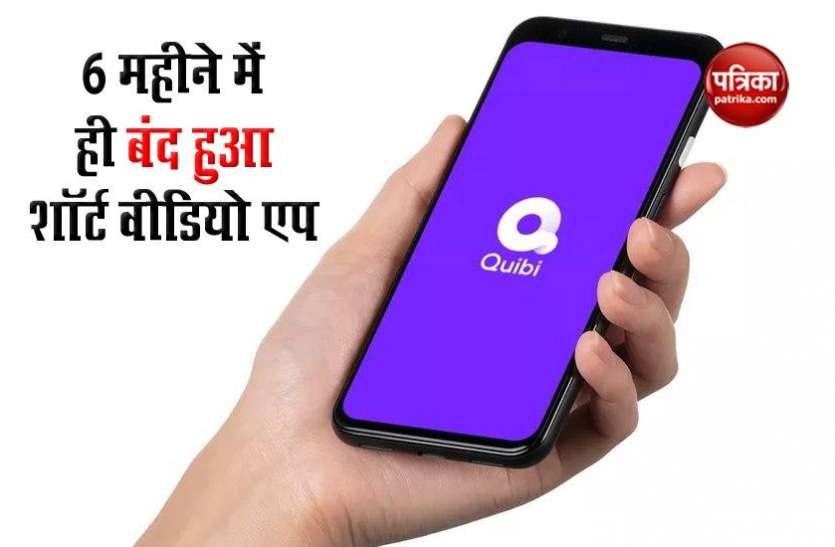 The service, launched at the beginning of the Corona epidemic, garnered 74 million subscribers in a short time. The company has written an open letter announcing its closure.

There were 74 lakh subscribers
Let us know that the service launched at the beginning of the Corona epidemic had garnered 74 lakh subscribers in a short time. The company has written an open letter announcing its closure. Quibi founders Jeffrey Katzenberg and Meg Whitman said in this open letter that our failure is not because our efforts were low. We considered every option available to us. Despite this, we got results that none of us wanted. We are proud of our talented team gave their all in this business for two years.

Many prominent Hollywood people did the investment
Many well-known and prominent people of Hollywood have invested in this company. The company is now focusing on returning money to investors. According to the report, approximately $ 1.75 billion has been invested in Quibi.

Reasons for failure
In the opening letter, the founders of Quibi gave reasons for the failure of the company. He said that we worked with the most creative and imaginative minds, the results were also higher than our expectations, yet Quibi could not succeed. There are probably two reasons for this – one of which is that perhaps this idea was not strong enough to allow a standalone streaming service to work or our time was not appropriate for this idea.

Want to sell assets
Along with the announcement of closing the business of the company, the founders have also announced to sell its assets. The founders said that they are working hard to find buyers for these valuable properties so that buyers can take advantage of their potential.

Peru Presidential Election: ‘Farmer’ will take over the power of Peru, Pedro Castillo elected the new President of the country

Be Careful If You Start Losing Weight Fast – If your weight starts decreasing rapidly, then be careful, know about it