Realme GT Neo2’s page goes live, will be launched in India soon and here are the specifications 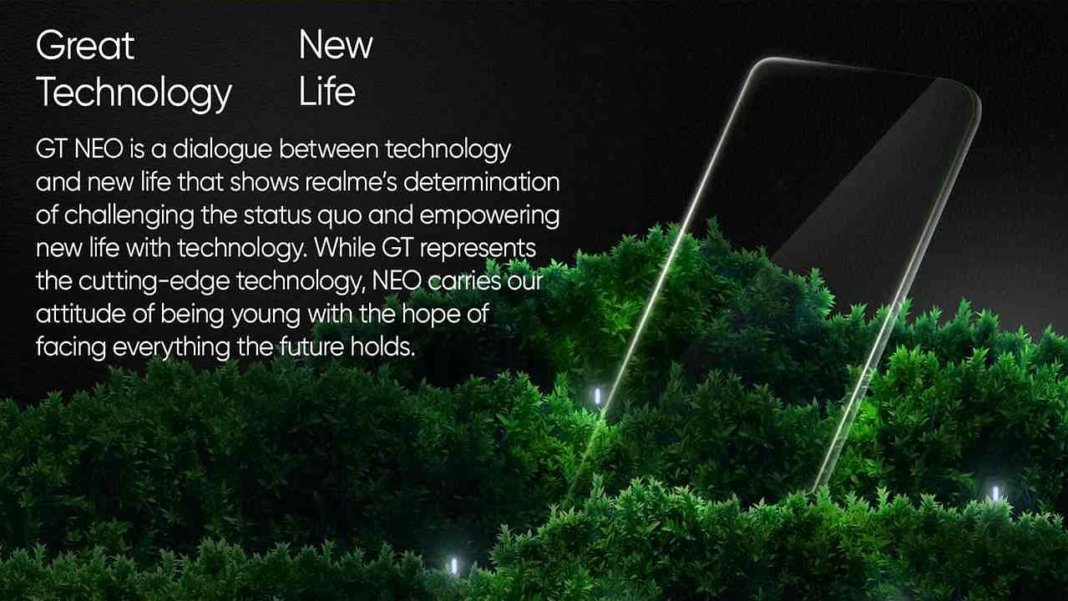 Realme GT Neo 2 will be launched in India soon.

The official page of the Realme GT Neo2 smartphone to be launched in India has gone live. This phone has been launched in China and many good features have been given in it.

The official page of Realme GT Neo2 has gone live and it shows that this phone will knock in India soon. Talking about the features of this phone launched in China, it will get Qualcomm Snapdragon 870 processor, Samsung E4 panel and 120hz refresh rate. It will get 600hz continuous touch sampling rate, which is the highest in India. Although the launching timeline or launch date has not been disclosed from this page. However, this definitely indicates that this smartphone will be launched in India soon. This page is a kind of teaser, in which #EverythingNeo has been used. Also, this smartphone will knock with Snapdragon 870 processor.

Realme GT Neo2 has a 6.62 inch Full HD Plus display. This phone has Samsung E4 AMOLED display, comes with a peak brightness of 1300 nits. This phone will come with Qualcomm Snapdragon 870 chipset. Also, it has up to 12 GB of RAM and 256 GB of internal storage. Dynamic memory expansion feature has been given in this smartphone, which is an option to increase the RAM virtually and this will allow the RAM to be increased up to 7 GB.

Talking about the camera setup, it has a triple camera setup on the back panel, in which there is a 64 megapixel primary camera on the back panel. 8 megapixel ultra wide angle lens. It has a 2 megapixel macro sensor. A 16-megapixel camera has been given for selfie and video calling. Also, this phone has a Diamond Ice Core Cooling System, which covers 17932 mm2. This cooling system helps in keeping the smartphone cool during gaming and heavy usage.

This device has dual stereo speakers and it comes with Dolby Atmos games support. This phone works on the Android 11 operating system (OS) based Reality UI 2.0. Also, this phone will get 5000 mAh battery, which will get 65W fast charger.

New feature is coming in WhatsApp, even after closing the chat, you will be able to listen to the full voice message

When Will Come OnePlus Watch … The company replied

During the live meeting, a Canadian lawmaker, seen without clothes, hid ‘respect’ from mobile, again apologized