Grofers CEO revealed, 6 lakh orders were ready for checkout due to PM Modi’s speech and fear of lockdown 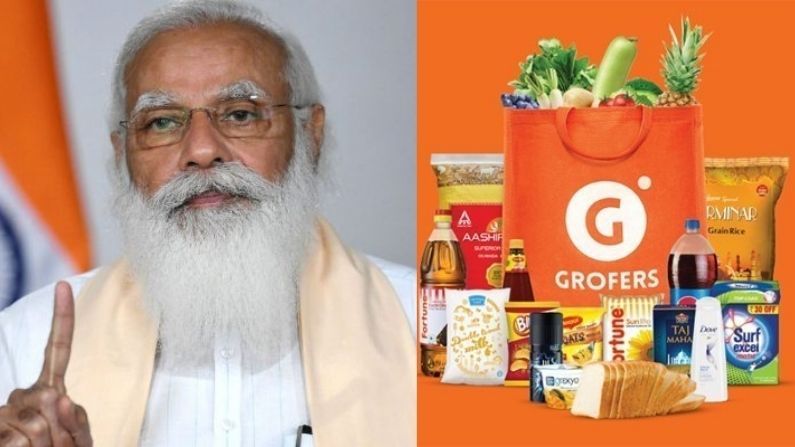 Prime Minister Narendra Modi gave a message to the nation on Tuesday night. These messages are coming continuously in the country regarding Corona matters. During this time, PM Modi talked about the second wave of Corona and the Frontline Warriors. The Prime Minister gave clear instructions to all citizens that they should come out of the house only when the need arises. At the same time, he finally asked the state government to keep the lockdown as the last option. Meanwhile, all the Indians were once again preparing for PM Modi’s speech that if lockdown is announced, then we should be fully prepared.

Albinder Dhindsa, CEO and co-founder of Grofers, tweeted that, when PM Modi was giving his speech, around 6 lakh carts of our stores were waiting for checkout. On the grocery platform, people had made all the purchases so that if PM Modi announces the lockdown, then everyone should deposit the ration stock in their homes.

600,000+ Number of carts on @Grofers created and waiting to check out if a lockdown was announced by the PM.

Its data was also seen on the analytics of the company regarding the sudden increase in carts when people created the order during PM Modi’s speech. However, here Dhindsa did not reveal how these orders were placed. But one thing is certain that with the arrival of PM Modi live, there was an atmosphere of fear among the people about the lockdown.

There is a continuous increase in the daily orders of online grocery platforms such as growers and bigbasket. People still feel that if the Corona figures do not stop in the coming time, then a lockdown can be announced in the country again. Most grocery stores went out of stock after the lockdown was announced last year.

Flipkart and Amazon stopped their delivery

Let us know that Flipkart and Amazon have halted their delivery service in Maharashtra and Delhi. Only the goods needed are being delivered here, which is also taking a lot of time. In such a situation, the company has put a banner on it on its website.

The post Grofers CEO revealed, 6 lakh orders were ready for checkout due to fear of PM Modi’s speech and lockdown appeared first on TV9 Hindi.

91 people, including five women found imprisoned in two-storey house, all hungry, many have symptoms of COVID-19