Exynos 2200 processor will be launched with Samsung Galaxy S22 series! 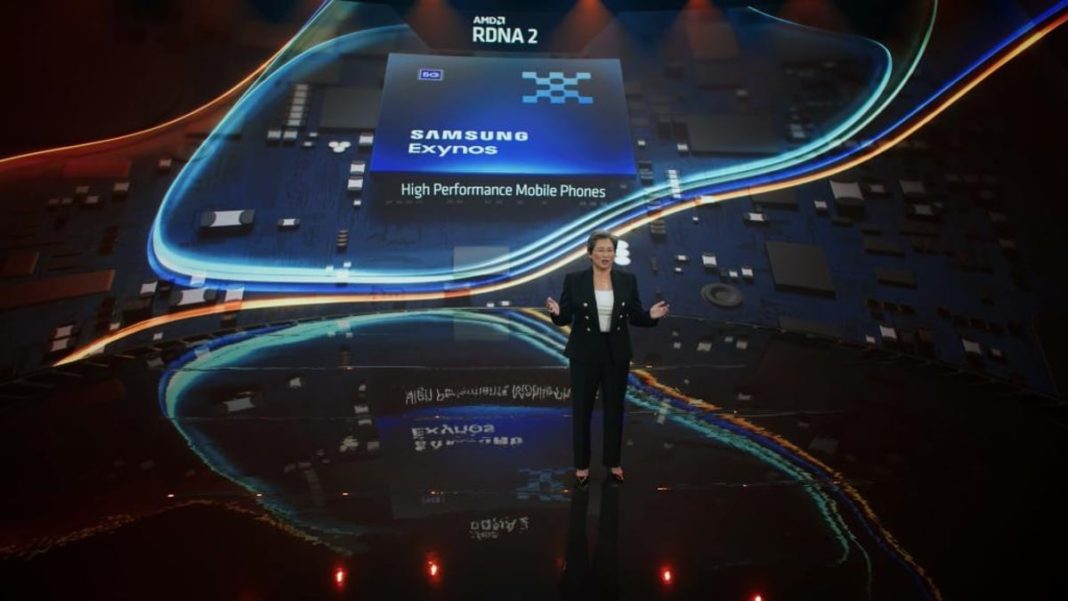 Samsung has reportedly confirmed that the Exynos 2200 processor will be launched alongside the Galaxy S22 series by the end of this month or in February. Regarding this flagship chip, it was earlier said that it will be introduced earlier this month. Samsung is going to provide improved performance with this new chip compared to last year’s Exynos 2100 processor. It has been confirmed that the GPU will be developed by AMD. Till now, the Galaxy phone maker has been using Mali GPU with Exynos processor, which provides different graphics than the Adreno GPU available with Qualcomm.

Citing a Samsung official, news outlet Business Korea has informed that the company is going to present the Exynos 2200 processor at the launch of the new flagship smartphone. The official reportedly denied the claims that the company was facing production and performance issues with the Exynos chip.

Last month, Samsung had teased through its social media teaser post that the new Exynos processor would be launched on January 11. However, later the company secretly removed this teaser, indicating that there may be a slight delay in the processor launch.

Samsung confirmed last year that it was working with AMD to develop a next-generation mobile GPU for its next flagship Exynos processor.

Business Korea’s report has informed that the new GPU will solve the problems of the old Exynos 2100 chip. There is a heating problem in the current processor.

Samsung company can use Exynos 2200 processor in Galaxy S22 series in Europe and South Korea. However, in markets like India, China and America, it can be brought with Snapdragon 8 Gen 1.

According to the news, the Exynos 220 processor will be based on Samsung’s 4nm LPE process technology.

Pakistan is in debt till the nose, yet Imran is ‘stretched’, took 100 million dollars from China in a month

Jordan’s family will get Rs 196 crore, ‘no amount of money can get Floyd’

Good News! Thailand will be able to visit soon, ready to open doors for tourists, no need for quarantine