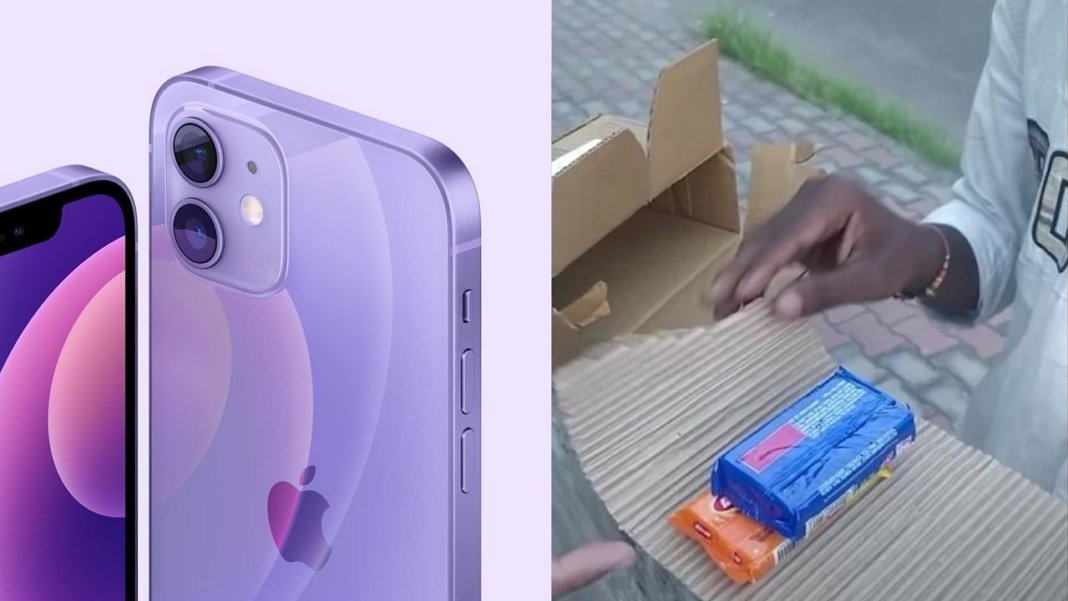 The company took action after the user’s complaint

Flipkart offered great deals on iPhone 12 during its Big Billion Days. The iPhone 12, launched in 2020, was being sold at the lowest price ever. This deal has certainly attracted a lot of first time iPhone buyers and also those who wanted to upgrade their device from iPhone 11 to iPhone 12. Although this deal benefited many people, but a user was shocked when two bars of soap came out in his box.

When Flipkart user Simranpal Singh bought the iPhone 12 at a discounted price, he thought he would now be able to drive the iPhone 12. But the happiness was only for a short time as they did not get the product they ordered after the order. Instead of the iPhone, he got a Sabuk bar for 5 rupees. That is, instead of 51,000, they got goods worth 5 rupees. However, it was a matter of relief for him that he had chosen the company’s open box delivery option.

He luckily opted for open box delivery which saved him a lot of time and money. When he opened the box, he found two soap bars instead of iPhone 12 after which he refused to share the OTP with the delivery man. Soon the Flipkart team contacted him and his delivery was marked as a failed delivery. Then the delivery was canceled and they were given their money back soon after.

This is nothing unheard of. There have been countless incidents of people getting soap bars instead of expensive phones ordered by them. However, most of the buyers got their money back by e-commerce websites like Flipkart and Amazon.

Flipkart hosted its Big Billion Days sale on October 3. The week-log sale offered many more pro discounts including smartphones, laptops, tablets, smartwatches and other home devices. However, bumper discounts were offered on iPhone 12, iPhone 12 and other Apple products. Flipkart revealed that it sold over 2 lakh iPhone 12 models in the initial days of the Flipkart Big Billion Days.

Apple will organize this special event on October 18, will launch new MacBook Pro with M1X chipset

Hardeep Singh Puri’s big statement about Air India, the airline would have to shut down if it did not disinvest

Should home loan borrowers prepay? Know what the experts have to say

EMI Moratorium: Forgiveness on Debt; How will loan holders benefit, what does it mean for the government?